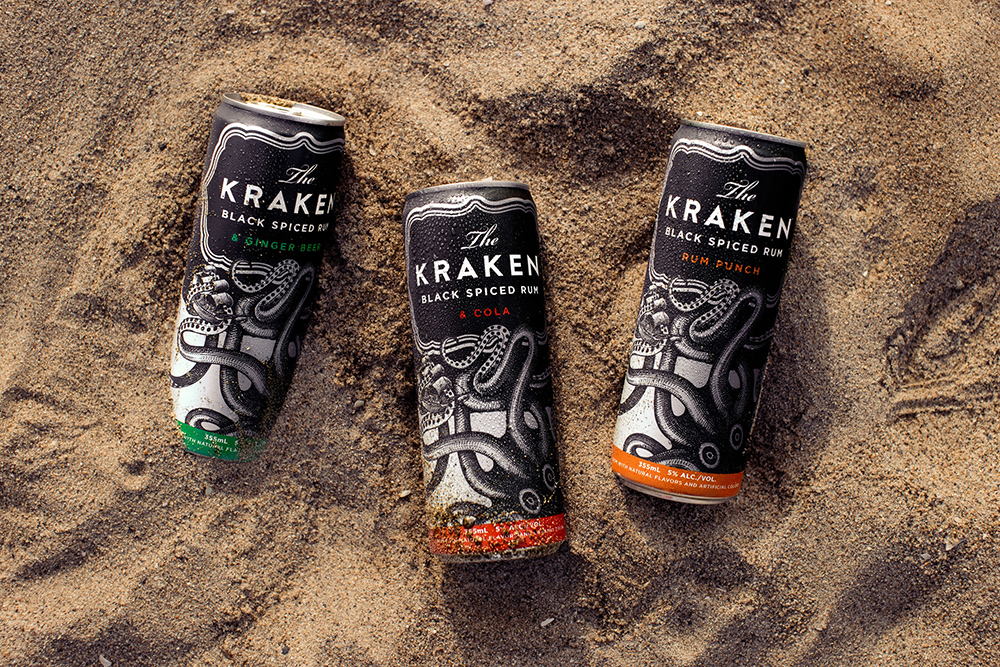 The Kraken Rum, the world’s top-selling dark rum brand, announced this week its entry into the ready-to-drink (RTD) category with the release of three new canned cocktails.

With the US RTD market expected to continue to expand at a compound annual growth rate of more than 13% until 20301, Kraken is leaning into the category to offer consumers a convenient option to bring their rum cocktails wherever they explore this summer.

“As the demand for ready-to-drink beverages continues to boom and category growth rises, we’re eager and thrilled to introduce a new and convenient way for consumers to enjoy their favorite rum cocktails in three carefully curated flavors,” said Lander Otegui, Senior Vice President of Marketing at Proximo Spirits. “As one of the only dark rum-based RTD offerings on the shelves, our Kraken Rum cocktails offer an unexpected way to add a little extra fun to your summer plans whether you’re sipping at home or on an adventure at sea.”

Named for the sea beast of myth and legend, Kraken is celebrating its newly released ready-to-drink cocktails by giving rum drinkers a chance to win a squid spotting expedition around the island of Roatan in Isa Guadalupe. To enter the Krak Open Summer Sweepstakes and a chance to win an all-expenses-paid trip to spot a real-life kraken, visit KrakOpenSummer.com.

Kraken Rum Cocktails in a Can:

No purchase is necessary to enter the sweepstakes. Limit one entry per person. Must be documented resident of US, age 21+.  Registration ends September 4, 2022 at 11:59 p.m. EDT. See official rules at KrakOpenSummer.com. Void wherever prohibited.