The Department of the Interior announced it had doubled and nearly tripled targets set by President Donald Trump for vegetative treatments to reduce wildfire risk in Fiscal Year 2019, marking the largest fuel load reduction in a decade. 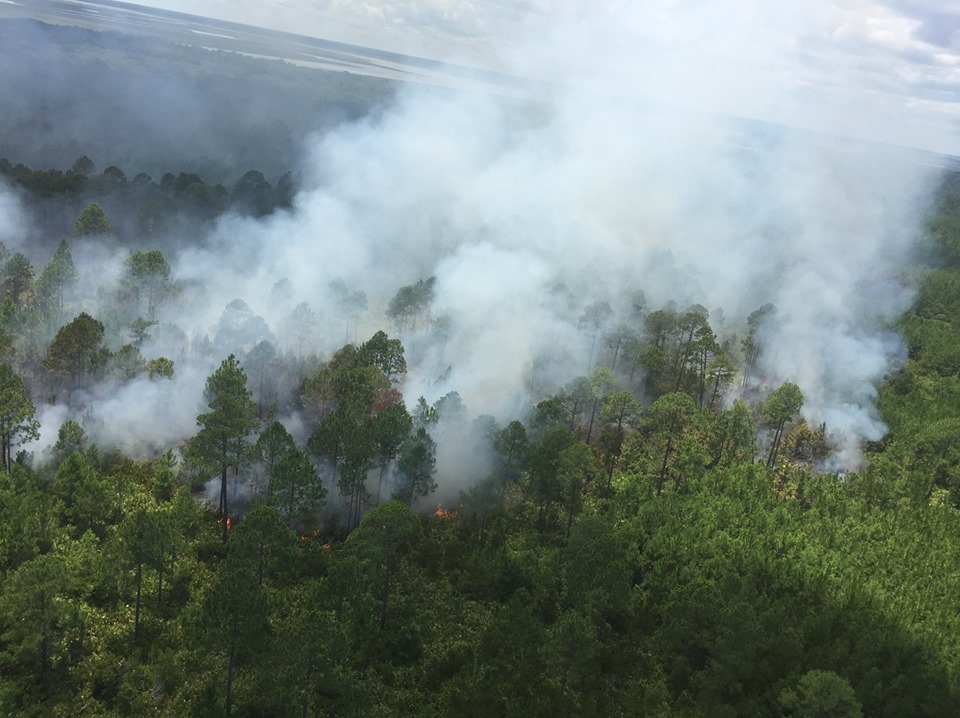 The Department of the Interior announced it had doubled and nearly tripled targets set by President Donald Trump for vegetative treatments to reduce wildfire risk in Fiscal Year 2019, marking the largest fuel load reduction in a decade. The announcement comes as the land management agencies with wildland fire programs—the Bureau of Indian Affairs, Bureau of Land Management, National Park Service and the U.S. Fish and Wildlife Service—report their end-of-year accomplishments and begin preparations for the next fire year.

“These accomplishments reflect the Department’s commitment to the President’s goals for reducing wildfire risk and protecting our communities and resources,” said U.S. Secretary of the Interior David Bernhardt. “We took action by maximizing wildfire management efforts across the Department and deploying needed resources to reduce the intensity and impacts of wildfires. This is an issue that impacts the whole country, and we’re looking broadly at what we can do to reduce wildfire risk.”

In December 2018, the President issued Executive Order 13855, directing the DOI and the U.S. Department of Agriculture to promote active management of America’s forests and rangelands to reduce wildfire risk with specific targets for actions.

The DOI was required to:

Executing on these goals this year, the DOI:

Visit the Office of Wildland Fire for more information and a state-by-state breakdown of where these treatments occurred.

Secretary Bernhardt issued Secretary’s Order 3372 following the President’s EO, establishing a meaningful and coordinated framework for ensuring the protection of people, communities and natural resources. Implementation of both Orders was a top priority in reducing the risks of deadly and destructive wildfires.

The DOI manages a wildland fire management program employing more than 4,500 full-time firefighters across the country to reduce wildfire risk and rehabilitate burned landscapes on over 500 million acres of federal and tribal lands.

In addition to treatment projects conducted domestically, the DOI and U.S. Forest Service (USFS), which is a part of the U.S. Department of Agriculture, continue to support ongoing efforts to combat the wildfires in Australia. Since December, more than 150 firefighters from the DOI and the USFS have been deployed at the request of the Australian Fire and Emergency Service Authorities Council with more personnel slated for deployment in the coming week.

“The loss of life, property and environment are devastating in Australia,” said Secretary David Bernhardt. “The United States stands with our partners, and we will continue to support Australia in sending our world class personnel to contain these blazes and help protect Australian communities and wildlife.”

The U.S., Australia and New Zealand have been exchanging fire assistance for more than 15 years as the Australian and New Zealand personnel filled critical needs during peak wildfire season in the United States. The last time the U.S sent firefighters to Australia was in 2010.

TSA screened a record-breaking number of travelers during the end-of-year Christmas/New Year holiday period
Wholesale electricity prices were generally lower in 2019, except in Texas
Posting....