Fake jerseys, ball caps, t-shirts, jackets and other souvenirs are among the counterfeit merchandise and clothing typically sold during these events. 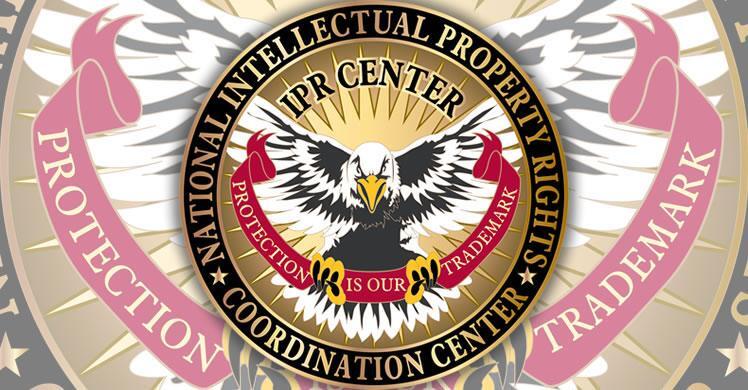 “The enthusiasm around these high-profile sports events is meant to be a time for fans to celebrate,” said IPR Center Director Steve Francis. “Instead, organized criminals are preying on that excitement, ripping consumers off with counterfeit merchandise and stealing from the American brand holders who play by the rules.”

Fake jerseys, ball caps, t-shirts, jackets and other souvenirs are among the counterfeit merchandise and clothing typically sold during these events. Additionally, authorities have seen an increase in the sale of counterfeit tickets being sold to these events. Large sporting events such as the NBA Finals presented by YouTube TV are prime targets for counterfeiters, many of whom travel the country or set up phony websites with the sole intention of scamming sports fans.

“Not only is counterfeiting harmful to the local economy and local retailers, it has a negative effect on our fans,” said Ayala Deutsch, Executive Vice President and Deputy General Counsel for the NBA. “We know they want an authentic experience and official souvenirs to remember this time, so our goal is to ensure that they’re armed with tips and tools to recognize fraudulent tickets and products and reduce the risk of purchasing fakes.”

“HSI San Francisco is committed to conducting intellectual property theft investigations that not only protect the companies who have trademarked licensed products, but also the consumers who believe they are buying authentic products,” said Ryan L. Spradlin, Special Agent in Charge, HSI (San Francisco and Northern California). “When fans spend their hard-earned money on tickets and merchandise, they deserve the real deal.”

The International Trade Administration estimated in 2016 that counterfeiting and piracy cost the U.S. economy, annually, between $200 billion and $250 billion and 750,000 jobs.

“Trafficking counterfeit merchandise/products which often have unknown ingredients or are constructed with substandard materials poses a significant public safety risk not to mention how it hurts legitimate U.S. businesses, preys on unsuspecting fans who believe they are making legitimate purchases while saving a buck and funds Transnational criminal organizations engaged in varying types of illegal activities. Our consumers should know, this isn’t a victimless crime. We aren’t just talking about fake t-shirts here,” Spradlin said.

Although counterfeiters are increasingly more sophisticated, fans can keep several key factors in mind when making purchases to avoid being victimized:

Purchasing authorized merchandise guarantees the quality and life of that souvenir, while also providing a reputable source for concerns, returns, and exchanges.

The HSI-led IPR Center is one of the U.S. government’s key weapons in the fight against criminal counterfeiting and piracy. Working in close coordination with the Department of Justice Task Force on Intellectual Property, the IPR Center uses the expertise of its 25 member agencies to share information, develop initiatives, coordinate enforcement actions and conduct investigations related to intellectual property theft. Through this strategic interagency partnership, the IPR Center protects the public’s health and safety and the U.S. economy.