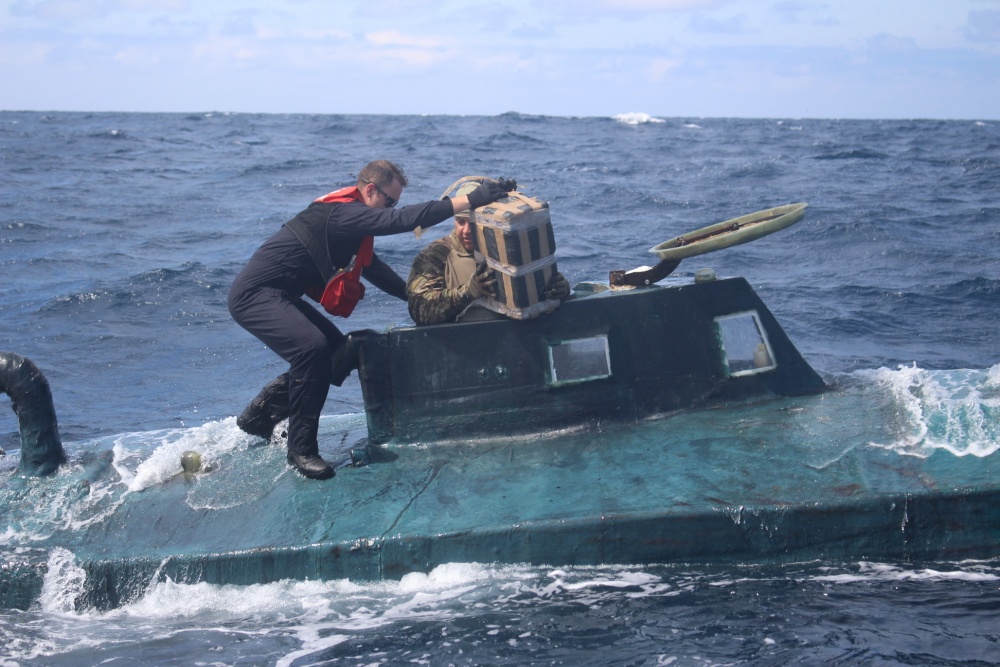 While on routine patrol in the Eastern Pacific, Valiant’s crew interdicted a self-propelled semi-submersible in international waters carrying approximately 12,000 pounds of cocaine, worth over $165 million and apprehended four suspected drug smugglers.

Approximately over 1,100 pounds of cocaine were recovered and offloaded to the Valiant during the operations. The remaining cocaine on the semi-submersible could not be safely extracted due to stability concerns of the vessel. The joint boarding successfully stopped a drug smuggling vessel and also strengthened international relations and communications between the two partner nations.

According to Valiant’s commanding officer, the interdiction coincided with a time-honored mariner’s milestone and tradition of crossing the equator which made both events even more meaningful part of the ship’s patrol.

“There are no words to describe the feeling Valiant crew is experiencing right now,” said Cmdr. Matthew Waldron, Valiant’s Commanding Officer. “In a 24-hour period, the crew both crossed the equator and intercepted a drug-laden self-propelled semi-submersible vessel. Each in and of themselves is momentous events in any cutterman’s career. Taken together, however, it is truly remarkably unprecedented This interdiction was an all-hands-on-deck evolution, and each crew member performed above and beyond the call of duty. Additionally, we could not have successfully completed this interdiction without the love and support of our families back home, many of whom evacuated from Jacksonville this week for Hurricane Dorian. To the Valiant families, a heartfelt ‘Thank You!’”