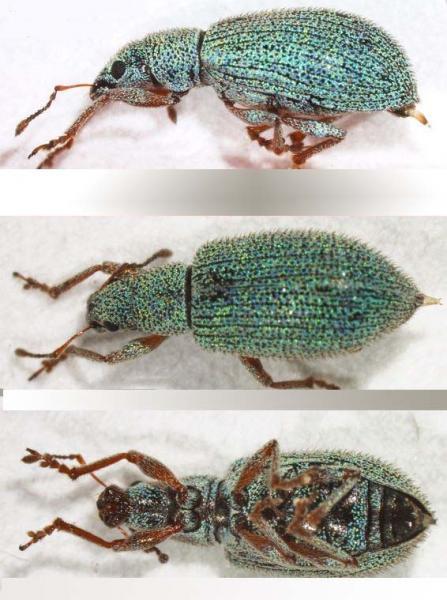 U.S. Customs and Border Protection (CBP) agriculture specialists at Dallas/Fort Worth International Airport (DFW) discovered an unwelcome pest in a shipment of peonies.

This was the first instance that the pest, Polydrusus sp., was found to have arrived to the Area Port of Dallas.  The peonies were seized and destroyed by steam sterilization.

CBP agriculture specialists conducted a thorough inspection of a shipment of fresh cut flowers arriving from Italy. During that inspection, they discovered a live insect within the peonies.  The insect was submitted to the U.S. Department of Agriculture and was identified as a Polydrusus sp.  This type of pest damages their host plant, primarily fruit trees, by causing heavy destruction to the leaves and buds.

“The importance of the work performed by our CBP agriculture specialists cannot be emphasized enough,” said Dallas Area Acting Port Director O’Ruill McCanlas. “An introduction of pests to the U.S. can create devastating effects for our agriculture and economy.”

Flowers are imported from all parts of the world with the top five countries of origin for commercial flowers arriving from Colombia, Ecuador, Mexico, Netherlands, and Costa Rica.  The large majority of flowers are cleared, pest free, although there are some unwanted hitchhikers found by dedicated and determined CBP agriculture specialists. One dangerous pest could ultimately cause millions of dollars of damage to our nation’s crops.

Travelers are encouraged to check out the CBP Info Center for questions about travel, to include what food or plant items are prohibited from entering the U.S.