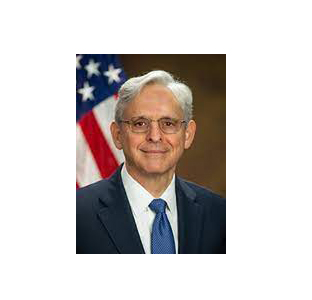 Thank you very much for joining me this morning to commemorate the 20th anniversary of the attacks of September 11, 2001. It is an important time to be among friends and colleagues.

That day is forever seared into all of our memories. The pain, the terror, the tremendous loss. And also, incredible displays of courage.

I’d like to start by honoring those who lost their lives on 9/11 – and the many who have died of 9/11- related illnesses since – with a moment of silence.

Nothing can change the profound way the events of September 11 affected us – individually, as a department and as a nation.

Nothing we can do or say can replace the loss so many endured that day. As we have changed as a nation and as a federal government since 9/11, at the Justice Department we mark this anniversary by remembering that we evolve most successfully when we build on our core foundations.

We do this by adhering to the values that the Justice Department represents, chief among them the rule of law, the pursuit of justice, and the protection of civil rights and civil liberties.

The tree we are standing before is a living symbol of our values and our refusal to bend in the face of terrorism. It embodies our nation’s spirit of hope and healing, strength and resilience in the wake of the 9/11 attacks.

This Callery Pear tree is a descendent of a tree at Ground Zero that became known as the “Survivor Tree” after standing through the terror attacks on the World Trade Center.

Each year, the National September 11 Memorial and Museum gives seedlings from the Survivor Tree to three communities that have endured tragedy in recent years.

In 2015, the department dedicated the planting of this Survivor Tree seedling. The following year, Attorney General Loretta Lynch dedicated a commemorative plaque for the tree.

And today, I am humbled to have the honor of announcing the permanent installation of this plaque.

This plaque reminds us that the threat from foreign terrorists like those involved in the September 11 attack is one we must constantly guard against.

As I said yesterday, we rededicate ourselves at the Justice Department to doing all we can to protect the American people from terrorism in all its forms – whether originating from abroad or at home – and to doing so in a manner that is consistent with our values and the rule of law.

What we must do – what we have done – is to learn from the past to better anticipate and prepare for the next threat and to seek to disrupt it.

It is an awesome responsibility. But it is one that we undertake together, and that, in and of itself, gives us strength.