Rivals Auburn, Alabama to square off for SEC golf title at Sea Island 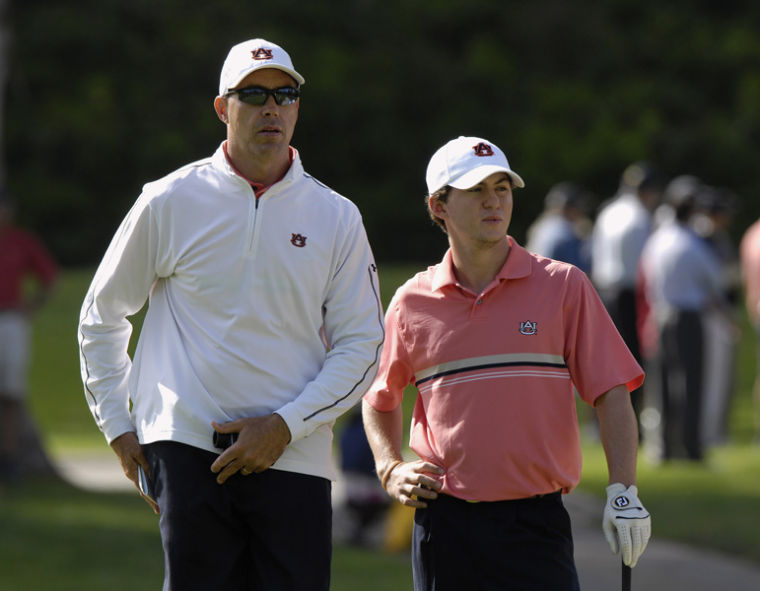 ST. SIMONS ISLAND – It won’t be the Iron Bowl.

But, it will still be Auburn vs. Alabama.

The rivals will collide Sunday morning with the conference title hanging in the balance at the SEC Men’s Golf Championship at the Sea Island Golf Club.

The Tigers and Crimson Tide will go head-to-head in the 18-hole match-play final starting at 7:30 a.m. Sunday on the Seaside Course to determine this year’s SEC champion. The final match will be aired live on the SEC Network.

Alabama is ranked sixth in the country while Auburn is ranked ninth. The Crimson Tide have won four league championships at Sea Island while the Tigers have won one.

The SEC tournament has been a springtime tradition at the famed golf club located on the shores of the Atlantic Ocean since 2001.

Both teams hope to be ready to go following a long Saturday in which they had to play two matches – one in the tournament quarterfinals in the morning and then their semifinal matches in the afternoon – to reach the championship match.

“All these guys came to Alabama because they wanted to play for championships,” said Alabama head coach Jay Seawell. “The SEC is the best conference in the nation and this is a hard conference to win. We are excited and thankful and looking forward to the opportunity to compete for a championship on Sunday.

“It will be tough because Auburn is very good, as is every team in our league. We are excited, but we need to get some good rest because we have to get up bright and early and do it again tomorrow. The guys are excited. I told them to enjoy the heck out of it tonight and be ready to go in the morning.”

Said Auburn head coach Nick Clinard: “I told our guys we had the best team coming in here and they believe it. They’re playing their tails off with grit and grind. LSU has a lot of talent and a great coaching staff, and we just happened to come out on the better end today.

“The best teams in the country play in the SEC. It’s hard to win in this league. It’s a blessing to even be in match play. We’re glad to be there.”

Auburn was seeded fourth after the 54 holes of stroke play which were used to narrow the tournament down to eight teams for match play. The Tigers knocked off LSU 4-1 in the semifinals.

LSU was the top seed after winning the stroke-play portion of the tournament and had beaten No. 8 seed Texas A&M in the quarterfinals.

Auburn advanced to the semifinal round with a 3-2 victory over Arkansas on Saturday morning.

The Tigers won three of the four matches over LSU by 1-up and also got another win in 19 holes.

“It was a great match,” Clinard said. “LSU has a great team with great players. It was fun to watch us neck-and-neck all day. Our guys showed a lot of grit, they grinded it out and we happened to come out on the better end.”

Alabama got past fourth-ranked and third-seeded Vanderbilt, also the defending league champion, by a 3-2 score in the quarterfinals before knocking off seventh-ranked and second-seeded Florida 3-1-1 in the semifinals.

Florida reached the semifinals by defeating Ole Miss in the quarterfinals.

“It was a really long day,” Seawell said. “First of all, the Vanderbilt match was incredible and it went down to the last hole. I am so proud of how we battled against them. We were down early and it looked like we were going to get whipped. To the boys’ credit, they all flipped their matches. I am really proud of that and it showed a lot because Vanderbilt has a great team.

“That match took a lot of emotion and we had only about an hour to regroup and do it again which is really tough to do. I think it showed a little bit at the beginning of our match against Florida. It looked like we were a little lethargic and you could tell our energy was a low. But when it got into crunch time, the guys really responded.

This is just the second year the SEC had decided its league champion using match play. The NCAA tournament has used the format for several years now.

Live stats for the Sunday final can be found at SECSports.com and Golfstat.com.