Frederica Academy gears up for big sports weekend on campus

Frederica Academy’s spring sports teams will crank it up this weekend. 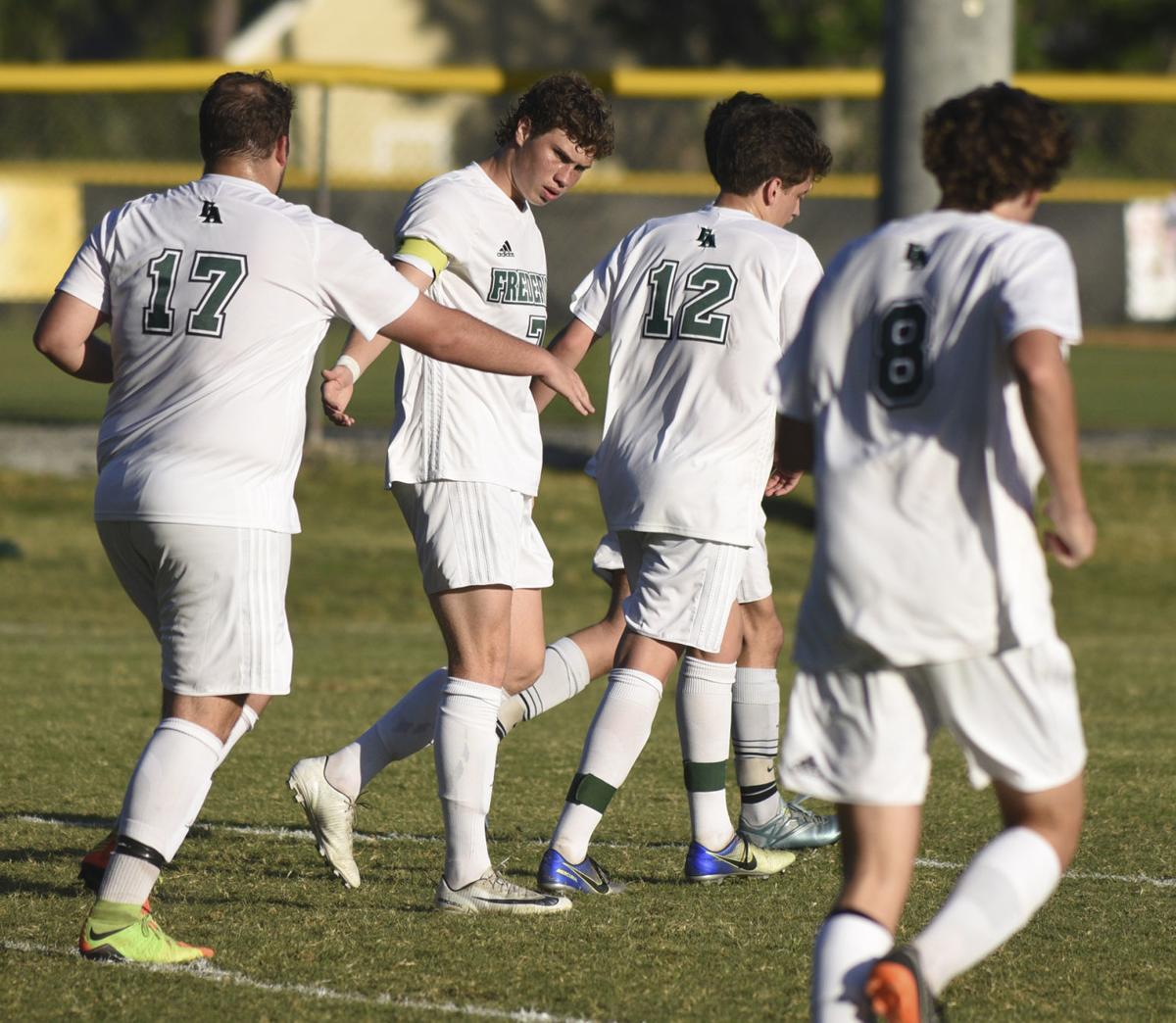 The school year might be winding down, but things are really just now cranking up for three of Frederica Academy’s spring sports teams.

The parking lot at the St. Simons Island private school figures to be packed Friday as the school’s fans come to the Frederica boys and girls soccer teams and also the baseball team in action in the quarterfinals of their respective Georgia Independent School Association Class 3A state tournaments.

The Lady Knights soccer squad will square off with Holy Spirit Prep at 5:30 p.m. Friday in an Elite 8 matchup. That game will be followed by another Elite 8 showdown between the same two schools as the Knights host the Holy Spirit Prep boys at 7:30 p.m.

Sandwiched in between both of the soccer matches will be the first game of the best-of-3 baseball quarterfinals series between Frederica and John Milledge set for 6 p.m. on the ball diamond that sits adjacent to the soccer field.

The proximity of the fields is at least convenient for Frederica athletic director Carl Nash who will be keeping up with all the action along with those fans who might be interested in both the baseball and soccer action.

“It will be a very busy weekend for FA athletics, and we invite everyone that wants to see some of the best in soccer and baseball to join us,” Nash said.

The Frederica girls soccer team is coming off a 2-0 victory last week over Valwood in the opening round. The Lady Knights were eliminated from last year’s state tournament in the quarterfinal round with a 2-1 loss at Augusta Prep.

The Lady Knights are undefeated at home this season.

Holy Spirit Prep advanced to the quarterfinals with a 1-0 victory over Gatewood in its first-round game.

The winner Friday night will move on to the semifinals next Friday at Mercer University in Macon and would play the winner of the Deerfield-Windsor-Westminster matchup.

The championship is scheduled for Saturday, also at Mercer.

The Frederica boys are looking to get back to the championhip match where the Knights fell 3-1 to Westminster last year.

The Knights eased past Tiftarea last week by a 12-0 tally. Holy Spirit Prep had a much tougher time with Gatewood in a 1-0 win in the opening round.

A victory Friday would send the Knights back to Macon for Friday’s semifinal against the Deerfield-Windsor-Fugees quarterfinal matchup.

The boys championship is also scheduled for next Saturday at Mercer.

In baseball, Frederica outlasted Valwood last weekend in its opening playoff series. The Knights won the first game before losing the second game and then pulling out a 3-1 victory in the decisive third game on Saturday afternoon.

This weekend, the Knights will be looking to avenge their loss to John Milledge in last year’s quarterfinals. John Milledge went on to win the state crown last spring.

Frederica and John Milledge will play just once Friday night. The second game of the series is scheduled for noon on Saturday. If needed, a third game would follow around 3 p.m.

The winner this weekend will head to the semifinals for a meeting with the Tiftarea-Gatewood winner next week. The Knights would remain at home for the semifinal round should they win this weekend.

Love recalls his winning performance at The Players Championship in 2003
Wayne County goes to work in spring looking for more success in 2018 football season
Posting....