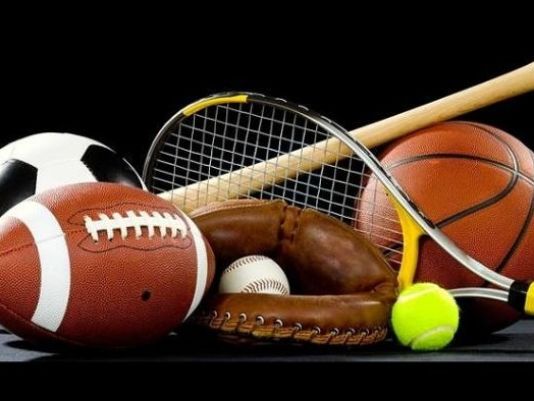 The high school sports year in Glynn County went all the way until the end of the school year with teams competing for state championships even after school had been let out for the summer.

But now that everyone has finished playing, it’s time to reveal the Top 5 stories in Gynn County prep athletics for the 2017-18 school year which was a really good one locally.

For starters, Frederica’s boys golf team won an 11th consecutive state championship in the Georgia Independent School Association as the Knights blew away the competition in the 18-hole state tournament at Sapelo Hammock Golf Club in nearby Shellman Bluff.

The Knights won by 29 shots after shooting a 299. Seniors Thomas Hogan and Sarut Vongchaisit both shot 1-under-par 71 to share the medalist honors.

The state crown was the 14th overall for the Knights.

Frederica had an opportunity to win three other state crowns before the end of spring but came up short each time.

The FA baseball team played in the state championship series for the first time in school history but settled for the second-place trophy after losing the decisive third game to Trinity Christian-Sharpsburg.

Also the Frederica boys soccer team made another strong run at a state crown as the Knights fell 1-0 to perennial power Westminster in the state final.

Meantime, the Lady Knights soccer team also advanced to the state semifinals before seeing its strong playoff push come to a close.

The Lady Terrors paraded to their first-ever state final in Class 6A of the Georgia High School Association before falling 3-2 to Alpharetta in the neutral-site championship match at McEachern High in Powder Springs.

The loss was the only blemish on Glynn’s schedule for the season as the Lady Terrors won 21 straight matches en route to the championship contest.

Glynn dominated most every opponent along the way, recording 16 shutouts in their 21 matches leading into the state final.

The team outscored its opponents 109-6 on the way to the final match and had not been scored on in the postseason until Alpharetta found the back of the GA net three times in the championship game.

Those three goals were the most the Lady Terrors allowed in a single game all season.

Glynn’s 23-player roster for the state final included only five seniors so the team hopes to be back in the running for the state title again next spring with a strong nucleus returning to the field.

Anytime you do that, especially against the strong competition you see in Georgia, you’ve had a great season.

But Glynn’s loss at Lee County in the GHSA Class 6A semifinals was a tough one to stomach.

The Terrors led 31-6 at one point and held a 38-21 lead in the fourth quarter when the proverbial wheels fell off for Glynn.

The Terrors lost four straight fumbles in the final period which allowed the Trojans to come from behind for the victory.

Lee County scored on Glynn’s first three fumbles to take a 42-38 lead and the Terrors lost a fourth consecutive fumble inside the Lee 5-yard line in the closing seconds to prevent them from scoring a possible game-winning touchdown.

Glynn finished the season 9-4 after going to the quarterfinals or beyond in each of head coach Rocky Hidalgo’s four seasons with the team.

Lee County went on to finish off a 14-1 season with a victory over Coffee in the state championship game. The title game was played in Leesburg after a snow storm postponed the state finals the previous week at Mercedes-Benz Stadium in Atlanta.

Had the Terrors beaten Lee, they would have hosted the state championship game at Glynn County Stadium.

Jonesboro went on to reach the Final Four before losing to eventual state champion Hughes.

The Pirates finished their season with a 25-4 record and another region championship.

Brunswick won its first-ever state title in 2015 and played Hughes in the state final in 2017.

Several fall sports were impacted by the hurricane including softball and cross country and obviously football.

Brunswick lost its football game against Wayne County which had to be called off the Friday before the hurricane’s arrival in coastal Georgia due to school closings and the evacuation. The Pirates and Yellow Jackets never made up that game.

Brunswick played the following week on a Saturday afternoon at Camden County after both teams had limited practice upon their return to the practice field late in the week after the storm.

Glynn went several weeks without playing a game. The Terrors were scheduled to play Camden the Friday before the storm hit and that game was rescheduled for later in the season.

Glynn called off its game the following week against East Jackson and then already had a scheduled bye week in place as well.

Frederica also went from Sept. 1 until Sept. 22 without playing a game.