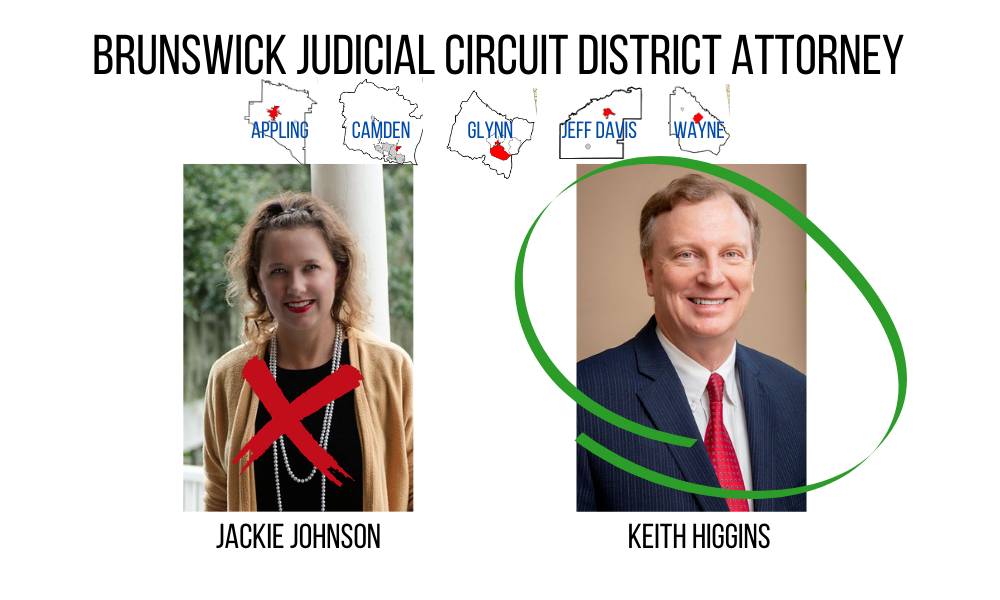 The results of the race between Brunswick Judicial Circuit District Attorney Jackie Johnson and challenger Keith Higgins are as follows: