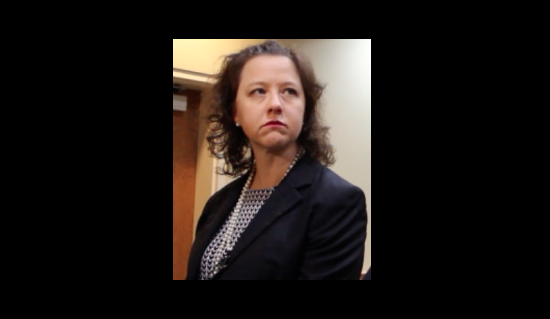 The District Attorney who has garnered national headlines over concerns of conflicts of interest, inequitable application of the law, and questionable ethics has a full campaign coffer but empty accounting practices.

Noticeably absent from the campaign finance reports of Brunswick District Attorney Jackie Johnson are any donations from people in the judicial circuit. Additionally, inconsistent reporting, routine amendments to reports, a lack of accounting on interest bearing accounts, and a confusing cyclical loan and repayment schedule involving only herself shows unreasonable and unaccountable accounting practices for Johnson’s campaign dating back to at least 2015.

Documentation from the Georgia Government Transparency and Campaign Finance Commission shows that while Johnson shows more than $120,000 in cash funds in her campaign account, she is also carrying $157,157.46 in campaign debt from the 2012 and 2016 election cycles.

The June 30th campaign finance report shows Johnson did not receive any campaign contributions during the period beginning April 1, 2020 and ending June 30, 2020 either, though the grand total for cash on hand heading into November is $120,325.85.

The only other campaign contribution Johnson’s reports in show for 2020 is a $1,000 from former Democratic state representative and Attorney Bobby Lee Cook out of Summerville in northwest Georgia’s Chattooga County. Johnson also reported two in-kind donations to her own campaign amounting to $600 for breakfast sponsorships.

During the reporting period, Johnson paid $1,298.70 to Southeastern Marketing Services in Statesboro for ‘campaign consulting and marketing’ and $160.00 to W. Gregg & Assoc.LLC in Savannah for editing services. Both of those expenditures were reported in June 2020. [The GA Secretary of State’s website shows Southeastern Marketing Services assigned to Roy Akins, a business owner since 1984]

In the two earlier reports for 2020, Johnson paid out just over $6,000 for consulting, a website, tshirts, billboards, and design. Of note, Johnson paid attorney Jim Stein and his wife more than $1,500 for ‘party supplies’ and ‘shrimp’ in 2019. Stein is presently representing Johnson in her capacity as District Attorney and has sent a number of letters in her defense to both Glynn County Commissioners and The Baxley Informer. In late 2019, Johnson also paid $200 for helium at ‘Johnson’s Florist’ in Alma.

Johnson received these contributions in 2019:

Campaign finance disclosures report contributions and expenditures for the respective quarter and/or period, but also ‘contributions’ and ‘expenditures’ to date – since the inception of the campaign initially, which for Johnson dates back to 2010 when the campaign committee was created. For all intents and purposes, it is a running ‘lifetime total’ for both items to be reported by candidates. But Johnson’s reports have been inconsistent, even when they have been filed consecutively and the next report is based on information filed on the last.

You can see how these discrepancies continue below:

Despite making a $13,858.42 loan repayment to herself in January 2016, Johnson continued to reflect the same indebtedness amount. Particularly of concern is the period between June 30, 2015 and January 2016 when a repayment was made, but indebtedness held steady and totaled more than ever reported. It appears that somewhere along the line, a $45,000 outstanding loan from 2012 was accounted for twice but never amended, so Johnson has been repaying loans to herself for an extra $45,000 she never paid into the campaign.

In February 2017, all of Johnson’s 2016 election year reports were amended on the Campaign Finance website – except the one where the $45,000 was doubled, which occurred in the January 31, 2016 report.

It was not a one-time mistake, however. the next report, on March 31, 2016, shows the funds carried over twice as well. 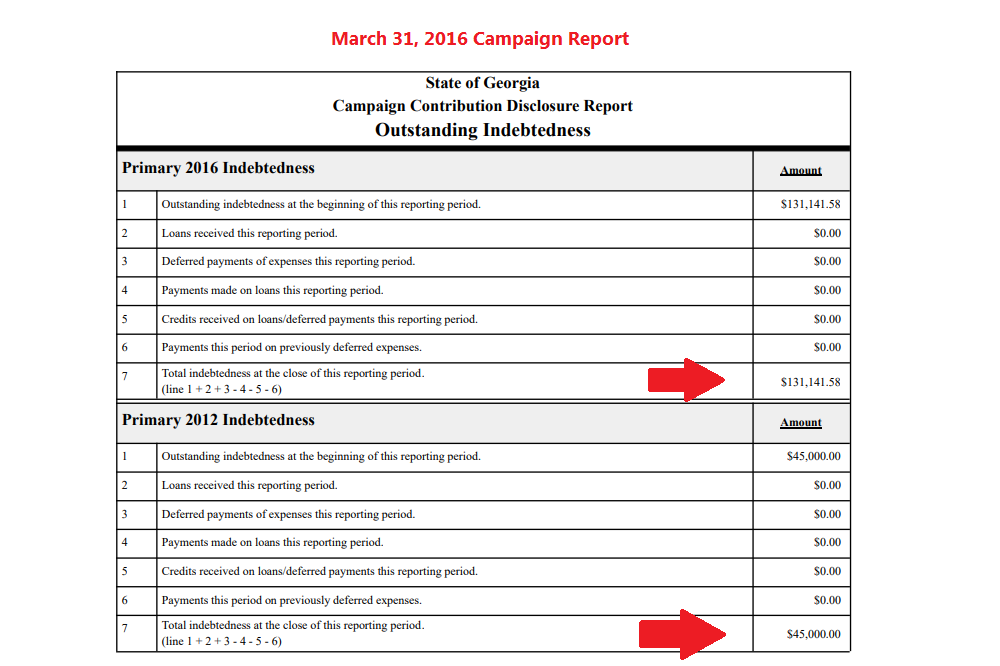 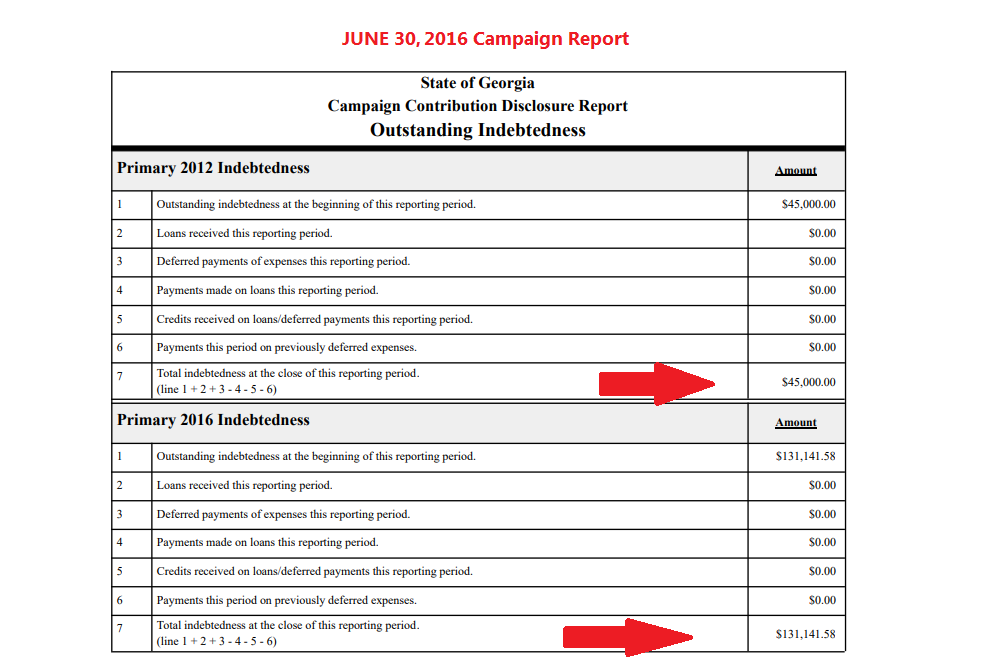