A bipartisan board unanimously found probable cause that one Georgia county violated election law and disenfranchised voters.
At least 100 people requested absentee ballots, but the elections office never even entered them into the system for fulfillment. 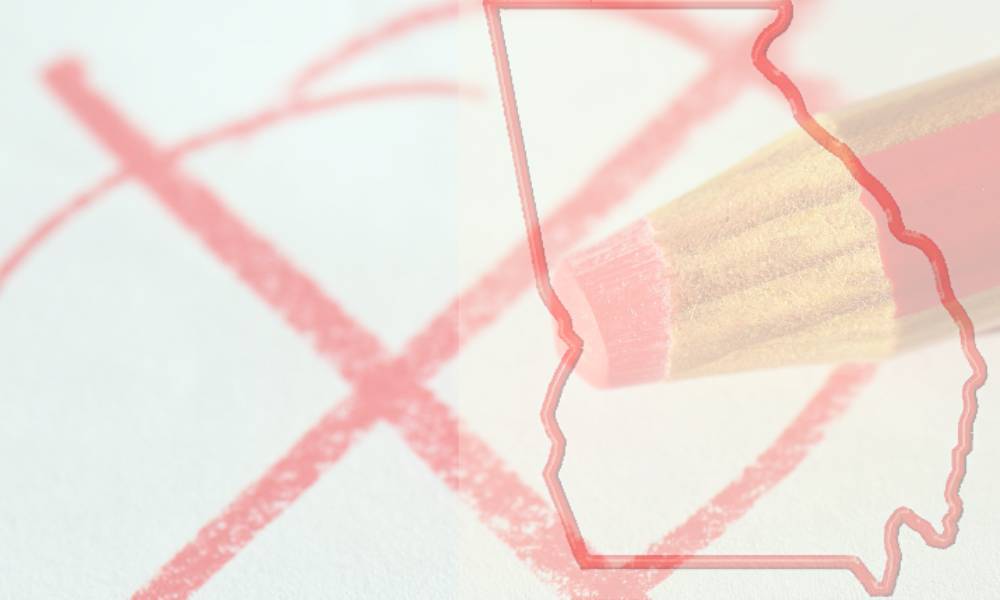 After reviewing a series of voter complaints against Fulton County for failing to process and send absentee ballot requests for the June 9 primary, the State Election Board (SEB) voted unanimously on Friday to send the case to the Georgia Attorney General’s Office. Fulton County’s failure to process and mail requested Absentee Ballots resulted in multiple violations of Georgia law [O.C.G.A. 21-2-384(2)], the board determined.

According to a news release from the Georgia Secretary of State’s Office:

Chief Investigator Frances Watson said the Georgia Secretary of State’s office received 254 complaints from voters who did not receive an absentee ballot. At least 107 of those people did not vote at all in the June 9 election. At least 105 were never entered into the eNet voter registration system — meaning the county never entered the voters’ information for ballot fulfillment. Testimony also revealed there were many more Georgians who didn’t receive a requested absentee ballot, “evidenced in the large numbers that went to the poll and reported not receiving a ballot.”

In making the motion to send the case to the attorney general, Democrat appointee David Worley said “while the COVID phenomenon … was not limited to Fulton … the large extent of problems with the processing of absentee ballot applications were clearly evident in Fulton County, and now that the case is before us, I don’t think we can ignore that. And if one person being denied their right to vote is too many, 250 is certainly too many.”

Secretary of State Brad Raffensperger, the chair of the SEB, said Fulton County must fix these issues before the general election, when record-breaking turnout is expected.

“This is about identifying and addressing the issues we saw in June, so that we don’t see them repeated in Fulton this November,” said Raffensperger. “All of us, on the state level and those doing the hard work at the county level, had to manage through the COVID-19 crisis in June. We will all have to manage through it in November as well. But the volume of Fulton’s issues was unique. As we heard in testimony today, up to 80% of the complaints we received in Georgia were concerning Fulton County.”

Raffensperger added that he hopes Fulton County and the State Election Board will be able to build a positive and productive relationship moving forward, and reach a resolution that will prevent the issues that arose in June from reoccurring in November.