Senator Reverend Warnock Reaffirms His Commitment to Delivering for All Georgians As He Begins First Six-Year Term in the U.S. Senate 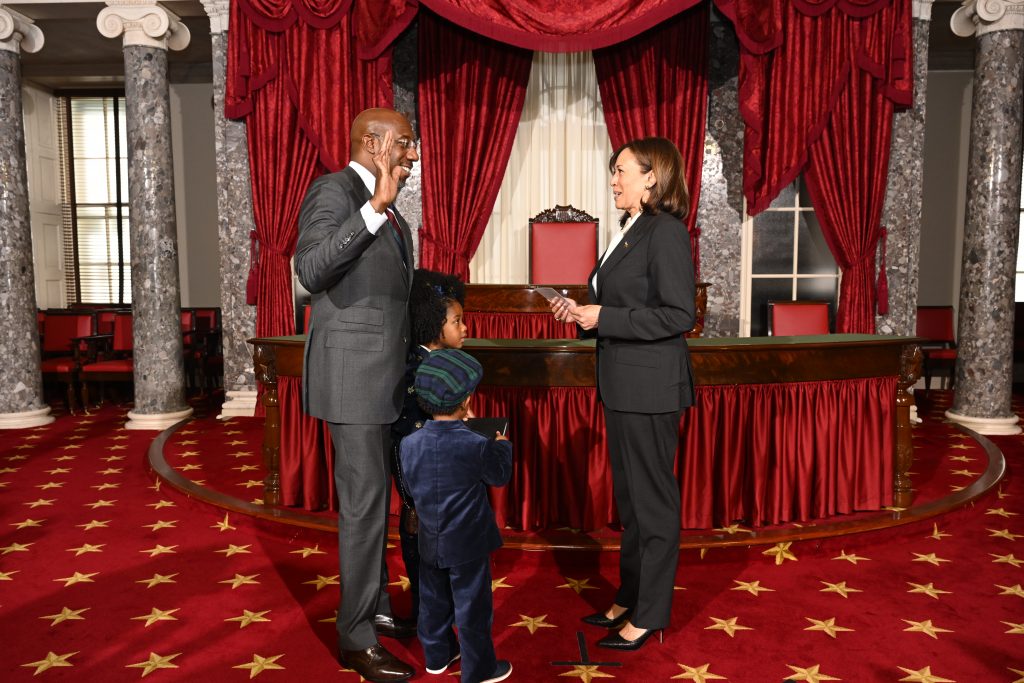 “I’m filled with sheer gratitude today as I begin my first full, six-year term serving the people of Georgia in the United States Senate,” said Senator Reverend Warnock. “It’s an overwhelming honor for your neighbors to tell you they want you to represent them in Congress, and I’m thrilled to get back to work in the Senate to fight for the priorities that matter most to the hardworking families in our great state.”

Earlier in the day, Senator Warnock participated in a swearing-in ceremony celebrating incoming members of the Congressional Black Caucus, and then took the oath of office on the U.S. Senate floor administered by Vice President Kamala Harris. Later in the day, the Senator hosted a reception in the Kennedy Caucus Room where he thanked Georgians for making their voices heard, and highlighted his continued commitment to serving families in every corner of the state—including working across the aisle to get things done.