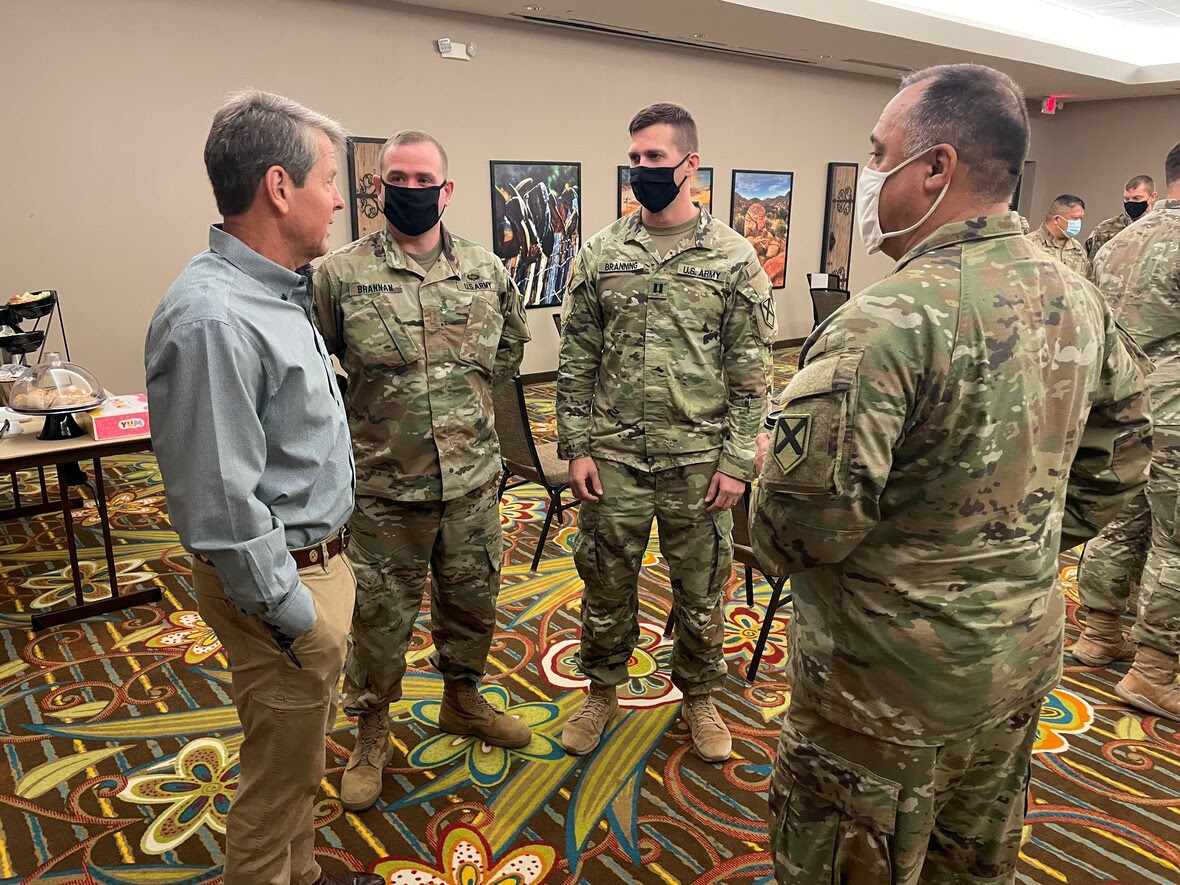 Governor Brian P. Kemp yesterday visited McAllen, Texas to receive a briefing from the Georgia National Guard and stand with nine other governors to outline a plan to secure our nation’s southern border.

“Last month, I joined twenty-five other governors to request a meeting with President Biden because the crisis on the southern border requires swift federal action,” said Governor Kemp. “Like their complete lack of attention to our unsecured border, the president and the vice president have not responded to our request. 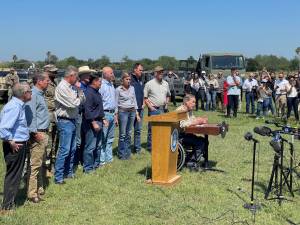 Gov. Kemp joins Texas Gov. Abbott and 8 other governors for a press conference in Anzalduas Park in Mission, Texas on October 6, 2021 to discuss the US-Mexico border crisis. 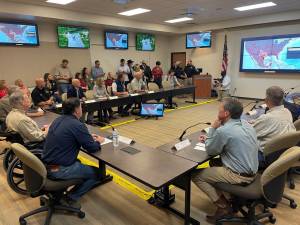 Gov. Kemp receives a security briefing on the US-Mexico border at Texas Department of Public Safety Headquarters in Weslaco, Texas on October 6, 2021.

“That’s why I was proud to stand with nine other governors to outline ten actions President Biden should immediately take to finally get this crisis under control and protect our national security. From gangs and human trafficking, to deadly drugs and crime, hardworking Georgians experience the consequences of the border crisis every day, and this administration must act now.” 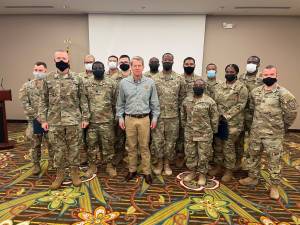 On September 20, Governor Kemp and 25 fellow governors requested an urgent meeting with President Biden to have a constructive dialogue about the crisis at our nation’s border. Their hope was to meet with the President and his team directly to express concerns and identify meaningful solutions. The White House did not respond or acknowledge the letter.


Yesterday, the coalition took a step further in unveiling a joint policy framework to address the border crisis.


Border apprehensions are up almost 500 percent compared to last year, totaling more than 1.3 million—more people than the populations of nine U.S. states. Approximately 9,700 illegal apprehensions have prior criminal convictions. Cartels and traffickers are making $14 million a day moving people illegally across the border. More fentanyl has been seized this fiscal year than the last three years combined—almost 10,500 pounds of fentanyl, which is enough to kill seven times the U.S. population.