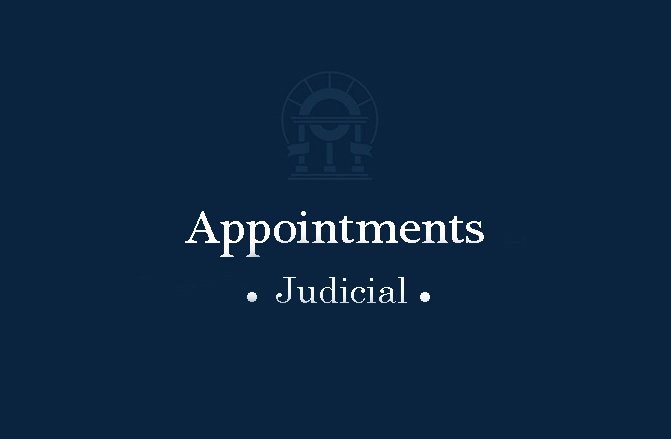 Jaletta Long Smith is a litigation associate at Andersen, Tate & Carr. Before joining the firm, she served as a law clerk to the Honorable Kristine G. Baker, Judge of the United States District Court for the Eastern District of Arkansas; the Honorable Britt C. Grant, former Justice of the Georgia Supreme Court; and the Honorable Robert L. Brown (retired) of the Arkansas Supreme Court. As a clerk, Jaletta assisted judges handling a wide range of complex civil and criminal appeals at the highest state court level as well as federal civil and criminal trial matters.

Jaletta attended the University of Arkansas at Little Rock William H. Bowen School of Law as a Bowen Scholar, a full academic scholarship. She graduated with high honors in 2010 as one of the top three students in her class. Jaletta served as the Executive Editor of the University of Arkansas at Little Rock Law Review, received the Dean’s Certificate of Distinguished Service, and was one of six students selected to compete as a member of the Bowen Trial Team. She was also a student member of the Judge Henry Woods Inn of Court in Little Rock, Arkansas. Prior to law school, Jaletta attended Clemson University where she earned a bachelor’s in Communication Studies and Spanish.

Jaletta and her husband, Andy, have two children and live in Gwinnett County.

G. Kevin Morris currently serves as the Walton County Magistrate Court Judge. A native Georgian, he graduated from the University of Georgia in 1994. He then moved to Shizuoka, Japan, to teach English and business communications to Japanese executives. In 1999, Judge Morris graduated from Mercer Law School and began handling complex litigation claims involving local governments.

Previously, Judge Morris served as the Deputy County Attorney for Butts and Henry Counties. Since joining his current firm, William, Morris, and Waymire, he has continued representing local governments in municipal liability claims. He has handled numerous appeals to the 11th Circuit and routinely appears before the Court for oral argument. As a Magistrate judge, he presides over civil and criminal matters and serves as the Technology Chair for the Council of Magistrate Court Judges. He also teaches classes to new Magistrate judges.

Before coming to the Cherokee County District Attorney’s Office, District Attorney Wallace was a prosecutor in the Ocmulgee Judicial Circuit in middle Georgia where she handled all manner of major felony offenses but quickly developed a passion for handling crimes against women and children.

In 2013, District Attorney Wallace was selected as a Rising Star by the Fulton Daily Report. She was also selected by Georgia Trend as one of the state’s Forty under Forty professionals and as a Legal Elite.

District Attorney Wallace, her husband, and their children are active members of First Baptist Church of Woodstock.

Sonyja George is the presiding judge for the Clayton County Magistrate Court. She began her legal career as an attorney with Cobb County Juvenile Court, where she served for 7 years as a Juvenile Defense Attorney. Judge George also founded the Law Offices of Sonyja J. George P.C. and went on to serve as a Special Assistant Attorney General Associate, representing The Department of Family and Children Services.

Scott F. McAfee currently leads the Office of the Inspector General. As Inspector General, he is responsible for investigating allegations of fraud, waste, and abuse in the Executive Branch of state government.

Prior to accepting that position, McAfee spent his legal career in public service, working the last eight years as an Assistant United States Attorney (AUSA) for the Department of Justice in the Northern District of Georgia and as an Assistant District Attorney in Fulton County. As an AUSA, he investigated and prosecuted major drug trafficking organizations, fraud, and illegal firearms possession. In the Fulton County District Attorney’s Office, he handled hundreds of felony cases, ranging from armed robbery to murder.

McAfee obtained his undergraduate degree from Emory University, where he majored in music and received a scholarship to play the cello in the university symphony orchestra. He earned his law degree from the University of Georgia where he was inducted into the Order of the Barristers. He has also previously worked for Justice David Nahmias and Justice Keith Blackwell of the Georgia Supreme Court.

McAfee is active in the legal community, serving as the board member and past president of the Criminal Law Section of the Atlanta Bar. He is a volunteer scuba diver at the Georgia Aquarium and captains his ALTA tennis team.