Ga Appeals Court Weighs in on Qualifications of Smelling Weed

Last month, the Georgia Court of Appeals issued an opinion with regard to a case involving a juvenile that will undoubtedly set a precedent for trial courts in Georgia to weigh when an officer is qualified to distinguish the smell of marijuana. 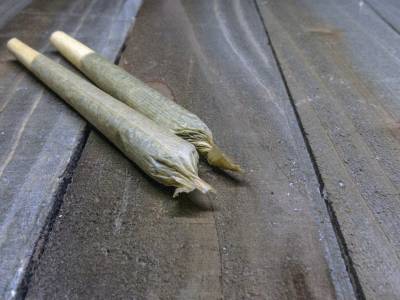 Last month, the Georgia Court of Appeals issued an opinion with regard to a case involving a juvenile that will undoubtedly set a precedent for trial courts in Georgia to weigh when an officer is qualified to distinguish the smell of marijuana.

Around 10:00 p.m. on the night in question, a police officer was driving on Highway 19 in Wheeler County’s Glenwood, Ga. The officer saw the juvenile – identified in the case as C.B. – wearing a backpack and walking on the side of the road.

According to the court documents:

The officer knew that there had been numerous break-ins within the last two weeks in Glenwood, close to where C.B. was walking. The officer thought it was suspicious to be walking down the street with a backpack at night in an area where break-ins had recently occurred, so he put on his car’s blue lights and pulled over in front C.B. to ask C.B.’s name. After the officer got out of the car, he immediately smelled alcohol on C.B.’s breath and then smelled the “odor of marijuana on him.”

When asked, C.B. would not give the officer his name. The officer told C.B. to stay in front of his vehicle until he could get a patrol vehicle there, but C.B. quickly left the scene. The officer followed C.B. in his car, and C.B. eventually came back towards the car. When the officer attempted to put C.B. in handcuffs, C.B. pushed back against the officer. C.B. was eventually placed in handcuffs with the help of other officers who had arrived at the scene. When the officers searched C.B.’s backpack, they found a grinder that contained marijuana residue and a bottle of alcohol.

C.B. was charged with four counts of obstruction of an officer, possession of less than an ounce of marijuana, possession and use of drug related objects, and underage possession of alcohol. C.B. denied the allegations and moved to suppress the evidence obtained from the encounter with the police officer.

The trial court, a juvenile court, granted the defense’s motion to suppress, agreeing with the defense that there was not reasonable suspicion for the investigatory stop of the juvenile. The State argued that the totality of the circumstances – including the smell of marijuana – provided sufficient reasonable suspicion to justify the investigative stop.

The same court determined that because the officer had not established that he was qualified or trained to detect the odor of marijuana, his “detection of an odor he believed to be marijuana fails to provide the reasonable suspicion to justify the tier-two detention of [C.B.].”

The State appealed to the Georgia Court of Appeals, citing the odor of alcohol and marijuana, the location, the time of night, and the juvenile’s refusal to identify himself.

The Georgia Court of Appeals, however, affirmed what the trial court said, finding that in order to briefly detain C.B. in what is referred to as a Tier 2 stop, the officer was supposed to have an objective basis that the suspect was involved in criminal activity – in this case, being underage and under the influence or in possession of drugs and alcohol.

Citing State v. Folk, the Court of Appeals said in its order that the officer’s assessment or “perception” could have risen to the point of probable cause- a higher standard than reasonable suspicion – if the officer would have shown that he has been trained and has experience in detection of illegal drugs. In the Wheeler County case, the Court said that the state’s failure to enter any documentation of officer training into evidence essentially changed the question for the court while excluding precedent cases in which qualifications were offered as substantiation.

The court also said, “walking on the side of the road at night, being present in a high-crime area, wearing a backpack, and smelling of alcohol are not crimes in and of themselves, noting that the officer failed to note in his report that the juvenile appeared “obvoiusly underage.”

Judge Ann Barnes was the presiding judge over the case. Appeals Court Judges Amanda Mercier and E. Trenton Brown concurred. The state did not appeal the decision to the state’s high court within the necessary 10-day period.

You can read the full opinion here.