The question comes up every election cycle whether a person seeks to unseat an incumbent or fill the vacancy of a retiring official: can local or state governments force employees to resign from their post in order to run for office? 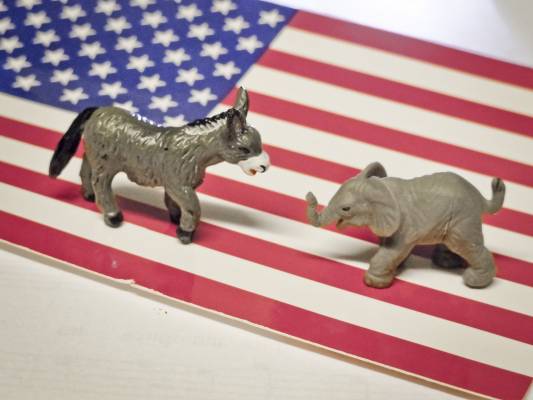 The question comes up every election cycle whether a person seeks to unseat an incumbent or fill the vacancy of a retiring official: can local or state governments force employees to take a leave of absence or resign from their post in order to run for office?

The answer is not always easy to answer. It depends on where the employee works and which office said employee plans to seek.

Under O.C.G.A. 45-10-70, which applies to state employees, employees cannot be barred from seeking or holding elected office at the municipal or county level so long as the position is not full-time and does not conflict with the duties as the employee. But employees cannot hold a state job and hold state-level office at the same time, even if the elected position is part-time like in the Georgia legislature.

What does that mean for the act of seeking office though? That depends, too. Ultimately, the employing agency has the final say.

In a 1977 Georgia Supreme Court case, (Galer v. Board of Regents of the Univ. Sys) the court ruled that a state employee who was elected to the Georgia House of Representatives was not entitled to compensation during her leave of absence to run for office because “government employees may be subject to restrictions on the exercise of [their First Amendment] rights beyond that permissible if applied to private citizens” so long as those restrictions are “in furtherance of a significant governmental interest.”

And, of course, there is the federal Hatch Act, which the infamous 1973 case (United States Civil Serv. Comm’n v. National Ass’n of Letter Carriers) determined was not ‘unconstitutionally vague’ in its prohibition of participation in partisan political campaigns by employees of the federal government.

Running for Municipal and County Office

It all becomes much more complicated once you dive into the local and county rules about running for office, mostly because policies are not the same across jurisdictions and create considerable confusion. They also appear to be, ironically, political.

In previous elections, for example, a Statesboro Police detective, per the city personnel policy, was permitted to continue working his post while he sought the position of county Probate Judge, but the Pooler Police Department dropped a much larger hammer in prohibiting any person from seeking elected or appointed office unless that person resigns from their position with the City of Pooler. The language is so loose, it denotes that resignation is necessary ‘upon declaration or other evidence of candidacy.’ This could be something as simple as creating a social media page or buying a domain for a website.

Understandably, personnel policies prohibit political activity while on-duty, but the Pooler personnel policy outlines that ‘political activity’ generally is cause for discipline. Pooler’s situation in 2019 seemed to tilt on the extreme side of the spectrum when it threatened to limit the retirement benefits of a police department employee who resigned to seek public office.

This year, the Evans County Sheriff’s Office has three current employees seeking to replace the retiring Sheriff, while Bryan County’s candidates for Sheriffs resigned from their posts to run for office. It was briefly rumored that a once potential candidate for Bryan County Sheriff who works in another neighboring county would be forced to take a leave of absence for the duration of his campaign. And, in Bulloch, a deputy who works in neighboring Effingham continues to work as he seeks the office of Sheriff in his home county . Three counties – three different situations – all for the same office.

The current tax commissioner in Tattnall County, who was appointed by the previous commissioner, is being challenged by a former employee and coworker. Work has not been interrupted, but across the parking lot of the courthouse, both candidates for Superior Court Clerk were told they needed to take a leave of absence to seek higher office.

When asked about the Superior Court Clerk candidates being told to take a leave of absence, current Clerk of Court Sherry Bland said because she is a constitutional officer, she can do it the way she wants to. “What I decided to do, it was either to make them resign because I didn’t want them to work together and be opponents at the same time, but they would lose their insurance.” Instead, both candidates have negotiated a compensation plan to pull off of their accumulated annual leave for the duration of the campaign and can keep their insurance. “The winner will come back, the loser sadly will not return.” Bland told AllOnGeorgia.

Tattnall County’s personnel policy requires employees to take a leave of absence ‘without pay until the results of the election are known,’ but does not limit political activity outside of work. Even still, counties all over the state have current employees running for office without issue, including in Bulloch and Emanuel counties. A challenge to employment is seemingly less likely in instances where an employee is trying to unseat an incumbent – likely to avoid a legal battle amid a campaign and in an election year.

Essentially, whether or not you can run for office while working in government depends on the current politics of where you work…and how those politics are connected to the politics you plan to conduct.