Abrams tells supporters ‘not to be discouraged’ after Kavanaugh confirmation 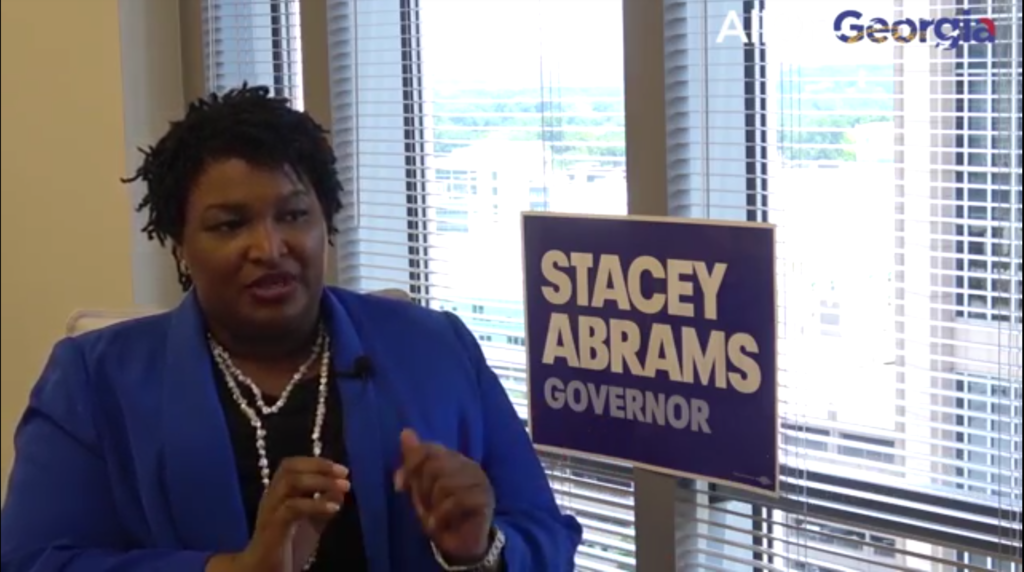 The confirmation of now Justice Brett Kavanaugh made its way into the Georgia governor’s race over the last several weeks, but after he was confirmed Saturday, Democratic candidate for Governor Stacey Abrams told her supporters that the fight isn’t over.

Calling herself a “firewall” to attempts to strip away rights of Georgians and said Kavanaugh “will use his position on the Court to launch a volley of attacks on women’s reproductive rights, on voting rights, on immigrants, on unions, and more.”

Read her email from Saturday evening:

Kavanaugh’s confirmation will affect every single one of us in real, and even dangerous ways. Some of you are probably worried about what the coming days will bring for either yourselves or your family members. I wanted to reach out quickly just to say: I hear you, I see you, and I am sorry for what you are going through right now.

Fighting for progress isn’t easy, and we won’t win every time – but we can never win if we don’t fight.

During this confirmation process, so many of you took action and spoke truth to power. You wrote letters, called your Senators, and convinced your friends to do the same. We were not successful today, but the activist networks you built will last long after this confirmation battle.

Your hard work was not in vain, and it’s not over. We need to gear up for the task ahead.

Make no mistake: Kavanaugh will use his position on the Court to launch a volley of attacks on women’s reproductive rights, on voting rights, on immigrants, on unions, and more. He promised as much during his testimony before the Senate Judiciary Committee.

What we need to do now is make sure that Kavanaugh’s regressive rulings don’t take Georgia backwards.

As Governor, I will be a firewall against any attempts to strip away Georgians’ hard-fought rights. But first, I need to win my election in November. So I’m asking you:

Make a donation to my campaign today so I can defend our hard-fought victories and progressive values from the Governor’s Mansion.

All I can say is, don’t be discouraged. Keep fighting, because it’s worth it. And above all, vote. If you’re not registered to vote, do it today. And make sure your friends, family, and neighbors are registered too.

I hope you are taking care of yourself today.