30+ Democrat Women Pen Letter to Kemp, Call for Him to Denounce Kavanaugh 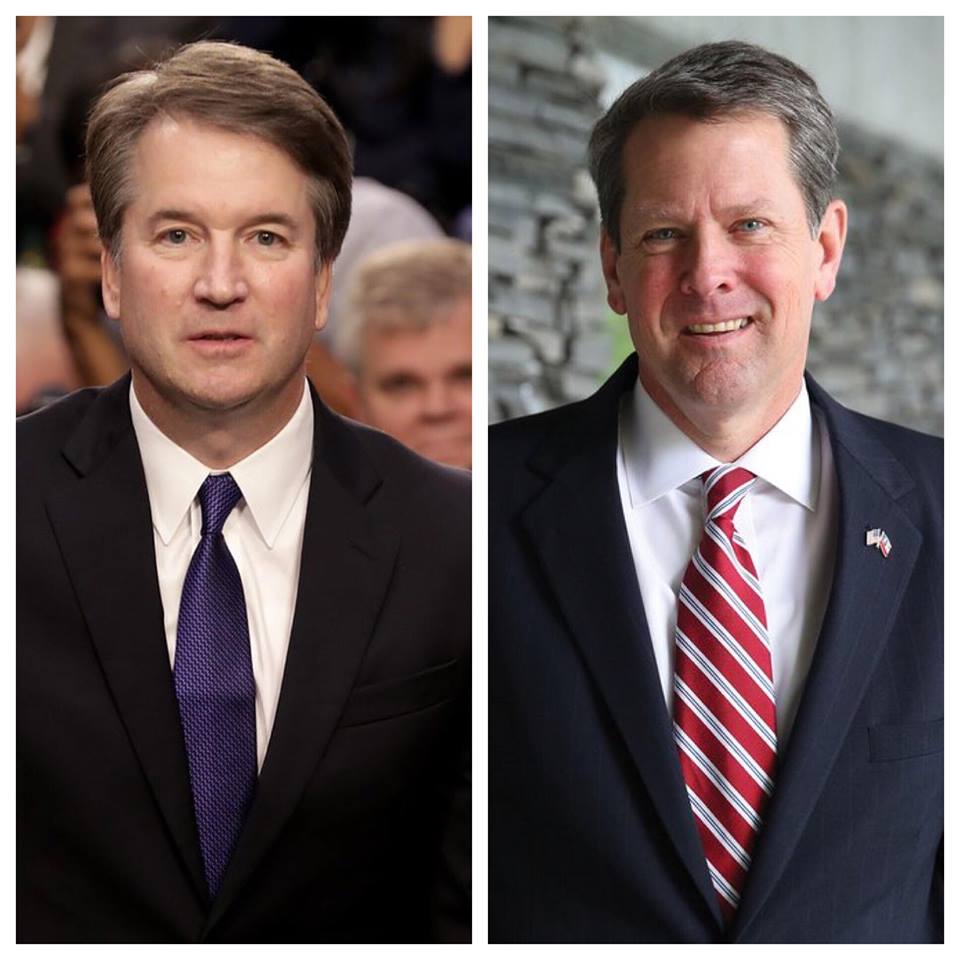 A group of Democrat women in the Georgia political arena are wrangling a national issue into the Georgia governor’s race.

The women are calling on Secretary of State and Republican candidate for Governor Brian Kemp to “rescind his support for Judge Kavanaugh to the U.S. Supreme Court.” In early August, Kemp penned a letter in his official capacity as Secretary of State, urging for confirmantion of Kavanaugh. You can read his letter below.


The letter, which is signed by a number of elected officials and activists, was sent Tuesday and later distributed by the Democratic Party of Georgia as a press release. The full letter to Kemp is below.

Last month, you submitted a letter to the U.S. Senate Judiciary Committee in support of Judge Brett Kavanaugh’s nomination to the U.S. Supreme Court, and in that letter you said Kavanaugh had a “clear understanding of the proper role of a judge” and “all of the personal qualities that we must demand from our Supreme Court justices.”

Recent developments have shown that your praise of Judge Kavanaugh could not be further from the truth.

Not only would Judge Kavanaugh pose a direct threat to Georgia women’s ability to make their own health decisions, he would also follow your lead in allowing insurance companies to deny guaranteed coverage based on pre-existing conditions.

Most importantly, your unwavering support for Judge Kavanaugh’s character was misguided given the credible information brought forth by multiple women and the need for every woman to be heard.

Amid “what all is going on in Washington,” as you put it, your own failure to support Georgia women and your unwillingness to stop sexual assault in Georgia cannot be ignored.

Therefore, we, the undersigned, call on you to immediately retract your support of Judge Kavanaugh.