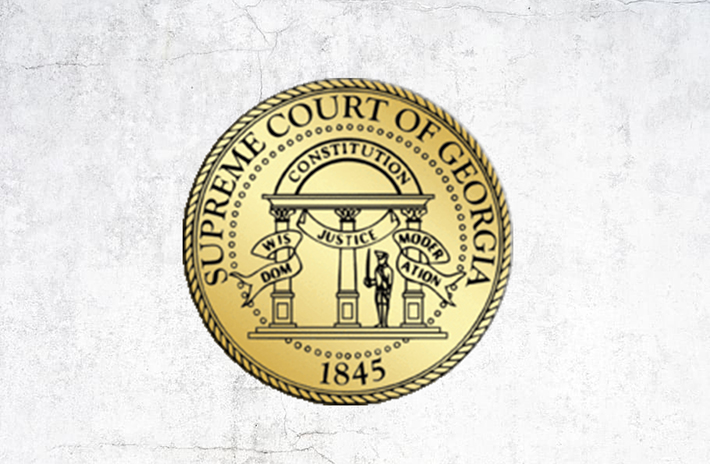 The Supreme Court of Georgia, which decided its first case in 1846, is celebrating its 175th anniversary.

To mark the anniversary, the Court has partnered with the Georgia Legal History Foundation to host a celebratory dinner and two-day seminar in December, focused on the fascinating history and events of the Court since its founding.

“This anniversary especially highlights the evolution of the Court and our legacy of improving the administration of justice within the state,” said Chief Justice David E. Nahmias, chairman of the Georgia Legal History Foundation Board of Trustees.

The Georgia General Assembly approved legislation establishing the state’s highest appellate court in 1845, following an amendment in 1835 to the Georgia Constitution authorizing a supreme court. Prior to that time, a new trial before a new jury in the local court was the only procedure available for the correction of a judicial error.

At its inception, the Supreme Court did not have a courthouse or centralized office. Instead, its three Justices traveled across the state hearing cases. The Court’s first session was held in Talbotton, Ga., on Jan. 26, 1846. Since then, the Court has grown to nine Justices and has issued more than 72,000 reported opinions. The Court also has moved into the Nathan Deal Judicial Center in downtown Atlanta, which opened in December 2019 and also houses the Court of Appeals of Georgia and the Statewide Business Court. It is the first state building devoted entirely to the judiciary.

“Our history is not just one of Atlanta but rather of all Georgia,” said Justice Carla Wong McMillian, a member of the Georgia Legal History Foundation’s Board of Trustees, noting that the events will allow the state’s legal community and public to experience the new judicial center.

Included among the anniversary seminar events is a fireside chat on Dec. 2, exploring the evolution of the Court and featuring four former Chief Justices; and a Dec. 3 re-enactment of the oral arguments in Georgia’s historic Three Governors Case by notable appellate attorneys Michael B. Terry of Bondurant, Mixson & Elmore and W. Ray Persons of King & Spalding. These two events will be livestreamed on the Court’s website for free, public access at gasupreme.us/175th.