Under her leadership in Federal Fiscal Year (FFY) 2018, DCSS distributed $736 million in support to Georgia’s children. 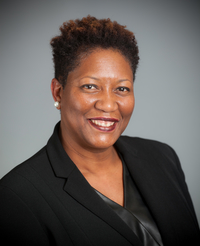 The head of Georgia’s child support services is set to lead on the national level, too.

Tanguler Gray, Director of the Georgia Department of Human Services Division of Child Support Services, was appointed as the new president of the National Child Support Enforcement Association’s (NCSEA) Board of Directors.

Gray will begin a one year term as president, effective September 1st, though she was given a ceremonial gavel at the NCSEA annual meeting earlier this week.

“As Georgia’s child support services director, Tanguler has been on the forefront of implementing innovative ideas and programs to empower parents to support their children,” said DHS Commissioner Robyn A. Crittenden in a press release. “I am so proud of all that she has accomplished thus far in the child support arena. I know she will take her work to even greater heights as the president of NCSEA. The children and families of our state are fortunate to have her serving on their behalf.”

Gray was appointed as the Director of the agency’s Division by Governor Nathan Deal in 2013. Under her leadership, the division implemented a mobile app for the Georgia Department of CHild Support Services – the first in the country. Since 2016, the mobile app has reportedly received two national awards and one statewide award since its launch in 2016.

Gray has also been recognized nationally for her work in establishing outreach programs to assist noncustodial parents in overcoming barriers to pay court-ordered child support. Under her leadership in Federal Fiscal Year (FFY) 2018, DCSS distributed $736 million in support to Georgia’s children.

Gray is a graduate of Valdosta State University and a member of Alpha Kappa Alpha sorority.