Dr. Avery-Kelly, with the assistance of her office manager, continued to prescribe large volumes of pills without a legitimate medical need and outside the scope of podiatric practice. 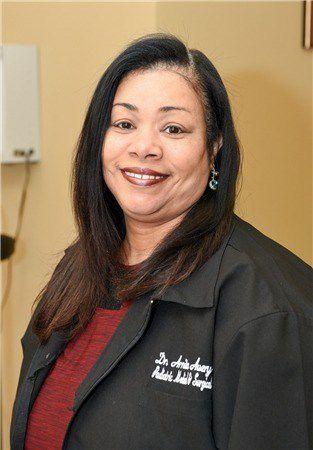 Dr. Arnita Avery-Kelly, a licensed podiatrist, has been found guilty on federal charges of illegally prescribing opioid painkillers and other drugs at clinic locations purporting to provide podiatric care in Sandy Springs and Lithonia, Ga.

“While in the midst of this country’s prescription opioid crisis, removing and ultimately eliminating physicians who recklessly overprescribe pharmaceutical pills – particularly prescribed opioids – for non-medical reasons, is an important part of DEA’s mission,” said DEA Atlanta Division Special Agent in Charge Robert J. Murphy. “This pill peddling podiatrist distributed large quantities of opiate-based pills to scores of drug-seeking patients. She will no longer be able to commit such unlawful acts because of the hard work and dedication put forth by DEA, its federal, state and local law enforcement partners and the U.S. Attorney’s Office.”

“Avery-Kelly took an oath and was trusted to provide appropriate podiatric care to her patients,” said U.S. Attorney Byung J. “BJay” Pak. “Instead, with the assistance of her office manager, she prescribed addictive opioids without any legitimate medical need, turning her prescription pad into an ATM. Her behavior fed into the continuing problem of addiction to powerful prescription opioids, which, unfortunately, continues to take a daily toll on many members of our community.”

“Dr. Avery-Kelly, DPM, abused her position as a podiatrist and recklessly prescribed very powerful and addictive opioids without any regard for the devastating effects they would have,” said Special Agent-in-Charge Derrick L. Jackson, U.S. Department of Health and Human Services, Office of Inspector General, in Atlanta. “HHS-OIG is committed to bringing to justice, those medical practitioners who would endanger our communities, taint their profession and abuse their ability to prescribe these drugs for profit.”

According to U.S. Attorney Pak, the charges and other information presented in court: Arnita Avery-Kelly was a licensed podiatrist, which means she was permitted to evaluate and treat the foot and leg. A nearly three-year federal investigation began when Georgia Drug and Narcotics Agency agents contacted Dr. Avery-Kelly in November 2013, and again in February 2014, to discuss the high-volume, high-dosage prescriptions she had written for opioids. Despite GDNA’s warnings, as well as a subsequent inquiry by the Georgia Podiatry Board, Dr. Avery-Kelly, with the assistance of office manager Brenda Lewis, continued to prescribe large volumes of controlled substances without a legitimate medical need and outside the scope of podiatric practice.

After these visits, GDNA worked with the Drug Enforcement Administration and the Department of Health and Human Services to conduct the investigation, which culminated in this jury trial.

After being suspended from submitting claims through Medicare, Avery-Kelly began prescribing opioids and benzodiazepines to addicts and drug traffickers posing as patients at her podiatric clinics. During the time her clinics were open, Avery-Kelly prescribed over 275,000 30mg oxycodone pills, along with 104,000 8mg hydromorphone  pills and 300 fentanyl patches to patients who were either addicted to these substances or selling them on the streets. The average price for a single Oxycodone 30mg pill was about $30 per pill.

In April 2016, DEA and HHS agents executed a federal search warrant at Avery-Kelly’s office in Sandy Springs, effectively shutting down her clinics. At that time, Avery-Kelly also voluntarily surrendered her DEA registration, which permitted her to prescribe controlled substances. After five days of hearing evidence and two days of deliberation, a jury found Avery-Kelly guilty of 27 counts of distributing these highly addictive opioids without a legitimate medical purpose and outside the scope of professional practice.

This case is being investigated by the Drug Enforcement Administration and Department of Health and Human Services.

This is a press release from the DEA.

2 Georgians Sentenced for Conspiring to Send 14 kilos of Pure Meth from CA to GA
Governor’s Office Says May Net Tax Revenue Up 0.1%
Posting....