Governor Kemp on Biden Vaccine Mandate: “This action by President Biden is blatantly unlawful, and Georgia will not stand for it” 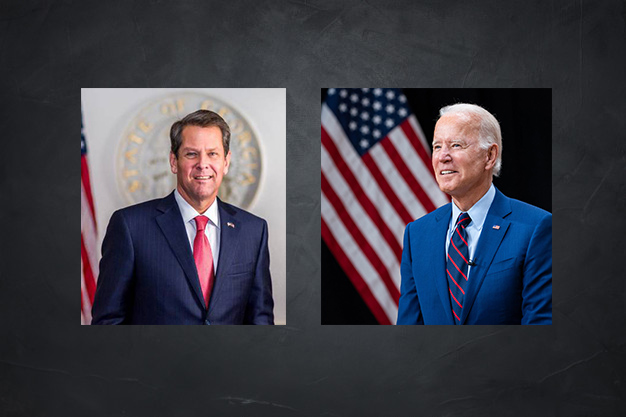 Earlier today, Governor Kemp said on social media about President Biden’s vaccine mandate announced Thursday, “This action by President Biden is blatantly unlawful, and Georgia will not stand for it.”

“Just ended a call with my fellow Republican governors. We are fighting back against Joe Biden’s outrageous overreach and attack on individual freedom. The vaccine is a choice, and hardworking Georgians, small business owners, and families will not be bullied by this administration.” 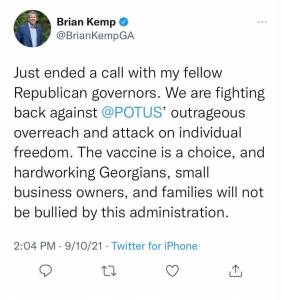 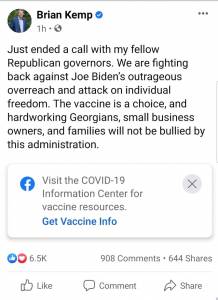 Read Biden: DOL to Require Employers With 100 or More Employees to Mandate Vaccinations or Test Weekly