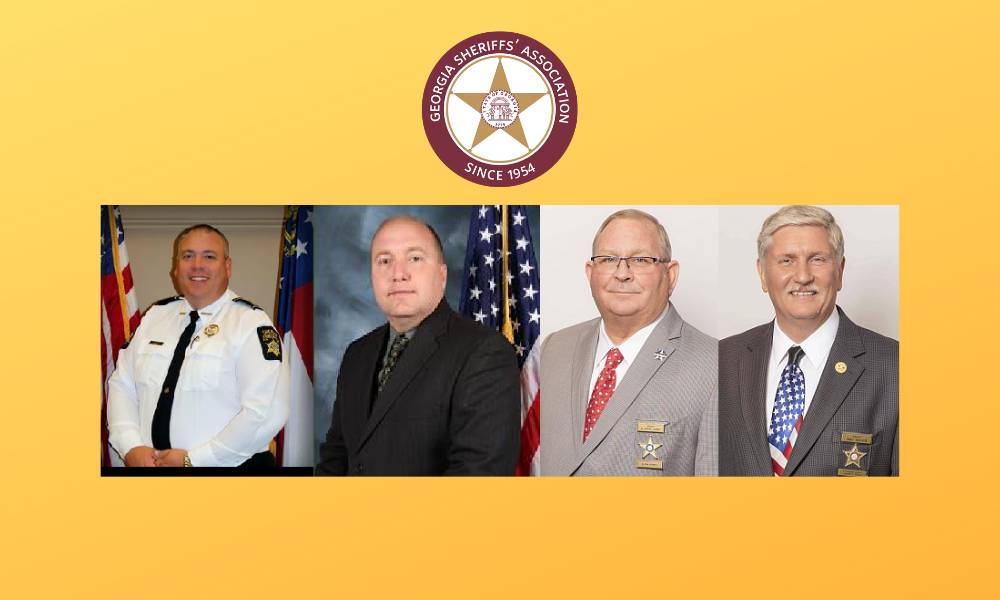 The newly elected officers for the 2020-2021 term were voted in as follows:
New Officers installed for the Georgia Sheriffs’ Youth Homes, Inc.  included:

The conference was otherwise devoted to training sessions to update the Sheriffs on topics relevant to public safety and the Office of Sheriff. Expert speakers  provided training to the Sheriffs on legislative and legal issues, biological weapons and preparedness, COVID 19, and the courts, state law enforcement and community relations, among other things.

Sheriff’s Offices in Georgia have many responsibilities such as providing courthouse security, operating jails, transporting inmates and mental health patients, performing traffic and law enforcement functions, registering sex offenders and many more law enforcement actions. Sheriffs are the chief law enforcement officer of each county and have many mandated responsibilities by state law. As a result of these diverse responsibilities, Sheriffs must be knowledgeable of best practices and procedures in many areas. Current concerns of law enforcement, as they relate to the Office of Sheriff, are addressed during training conferences sponsored by the Georgia Sheriffs’ Association.

“Their participation is vital if we are to seek out the best practices in fulfilling these important responsibilities,” stated Terry Norris, Executive Director, Georgia Sheriffs’
Association.

The Georgia Sheriffs’ Association, Inc. is comprised of 159 elected Sheriffs with over 70,000 honorary members throughout the state.
Related Topics