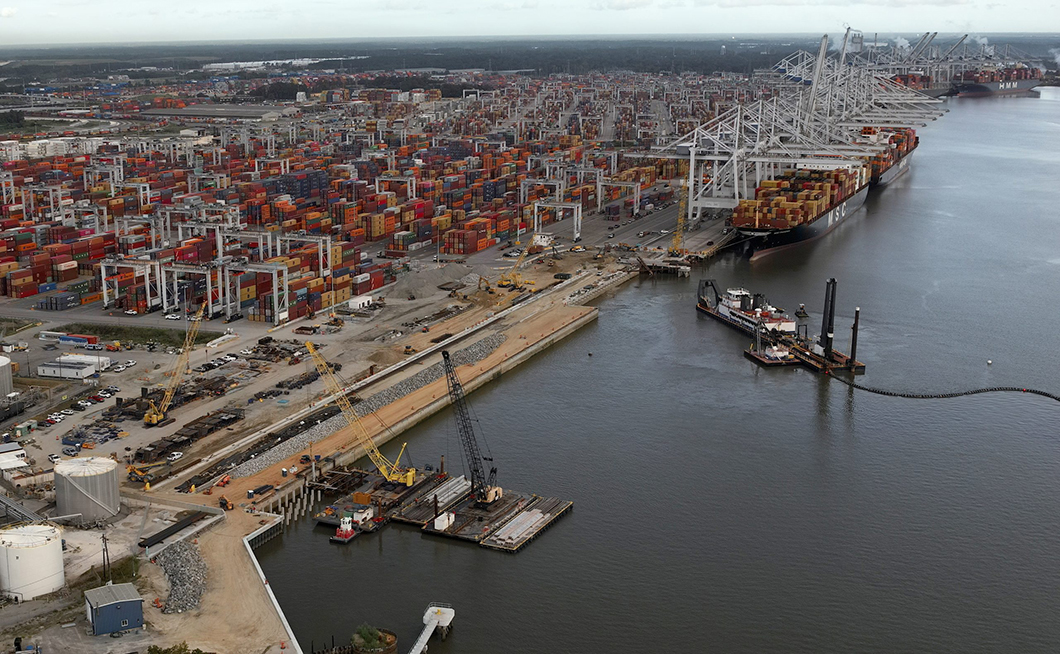 The Georgia Ports Authority kicked off its new fiscal year with the fastest start ever, handling 530,800 twenty-foot equivalent container units in July, an increase of 18 percent.

Since January, GPA has moved 3.4 million TEUs, up 231,400 or 7 percent over its performance during the same period in 2021 – a record year in which GPA handled 5.6 million TEUs. Annualized, the July volumes have the Port of Savannah moving containers at a rate of more than 6 million TEUs per year.

“The Port of Savannah has clearly become a preferred East Coast gateway for shippers globally, including cargo diverted from the U.S. West Coast,” said GPA Executive Director Griff Lynch. “Our expedited infrastructure projects, extended gate hours and the outstanding work of our employees and partners are key to our ability to move cargo at a record pace.”

To better suit drivers’ needs, GPA has shifted operations to start two hours earlier, with gates now open from 4 a.m. to 9 p.m. without interruption. Since the new hours were implemented on Aug. 1, the port has seen strong adoption from drivers, with 3,000 transactions completed in the 4 a.m. to 6 a.m. time block over the past week.

Lynch commended Gateway Terminals and local members of the International Longshoremen Association, including the clerks and checkers as well as maintenance and repair workers, for keeping the truck gates fluid, and the containers and chassis in working order. The Port of Savannah’s gate operations averaged 15,000 truck moves per weekday in July, including both import and export transactions.

“Our partnership with GPA allows us to optimize efficiency for a continuous flow of containers to foreign markets and to the factories, distribution centers and retail outlets that serve our nation’s economy,” said Kevin Price, president of Gateway Terminals. “The tremendous demand for services from Georgia Ports is a testament to the customer-centered drive that is at the heart of all our efforts.”

Lynch noted that Savannah’s container operation is growing to deftly accommodate the increasing needs of existing and future customers. Current infrastructure projects will soon increase berth capacity to handle vessels faster. GPA has eight new ship-to-shore cranes on order, with the first four arriving in February and the next four arriving by the end of 2023. Additionally, another big ship berth at Garden City Terminal is 60 percent complete, with the improvements slated to come online in July 2023. The improved berth will add 1.4 million TEUs of berth capacity, while the Garden City Terminal West project will add another 1 million TEUs of container yard capacity in phases during 2023 and 2024.

Georgia Ports Authority will grow annual berth capacity from 6 million to 7.5 million TEUs by next year, and 9 million TEUs by 2025. GPA anticipates spending $4.5 billion over the next 12 years to expand its container-handling capabilities.

“While the global logistics network has been challenged over the past two years, our message to customers is that at GPA, we’re continuing to build and expand,” said GPA Chairman Joel Wooten. “We’re moving forward with an aggressive plan to enhance our terminal operations and improve the rail connectivity to major commercial and manufacturing centers.”

Walking on Eggshells——A monthly column with a “Feel-Good Vibe”

GDOT: Interstate Lane Closure for the I-16 at I-95 Improvement Projects Through October 8