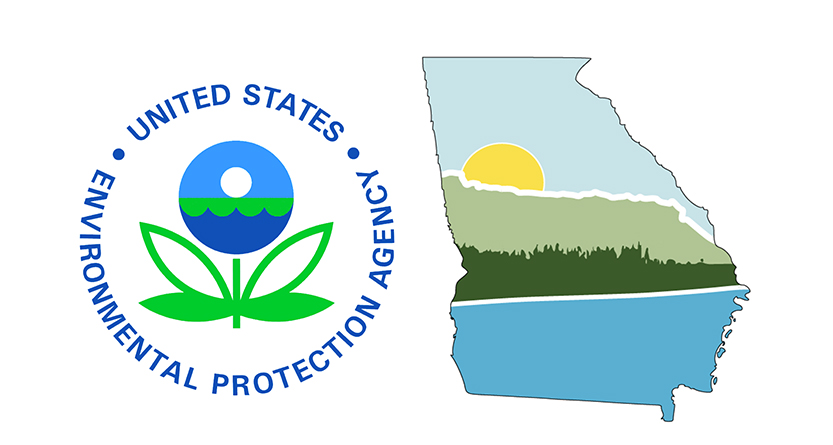 Ground-level ozone is formed when oxides of nitrogen (NOx) react with volatile organic compounds (VOCs) in the presence of sunlight. NOx emissions are emitted from on-road and non-road motor vehicles and commercial, industrial, and residential fuel combustion. VOCs are emitted by both man-made and natural sources, such as trees. When inhaled, ozone can cause respiratory health effects such as asthma, emphysema, and chronic bronchitis, especially in vulnerable populations such as children and the elderly.

On October 1, 2015, EPA lowered the level of the ozone NAAQS from 0.075 parts per million (ppm) to a more protective level of 0.070 ppm. Effective on August 3, 2018, EPA designated seven counties in Atlanta (Bartow, Clayton, Cobb, DeKalb, Fulton, Gwinnett, and Henry) as nonattainment for the 2015 ozone NAAQS with a deadline to attain by August 3, 2021. On September 15, 2022, EPA announced the final determination that the Atlanta Nonattainment Area had met the 2015 ozone NAAQS based on certified air quality monitoring data for the years 2018 – 2020. Today’s redesignation and approval of Georgia’s maintenance plan for continued attainment of the 2015 ozone NAAQS is the final step in the process.

The first ozone standard was published in 1979. That first standard (0.12 ppm) was based on one-hour average concentrations. In 1997, EPA revised the ozone standard based on eight-hour average concentrations; EPA has since lowered that eight-hour average standard twice, to the current level of 0.070 ppm. Each time the standard was lowered, the Atlanta area was able to meet the new lower standard by working with the regulated community to reduce NOx and VOC emissions. Over the past 30 years, NOx emissions in Georgia have decreased by 68% and VOC emissions have decreased by 57%. During this same period, the Georgia Gross Domestic Product has increased 386%, population has increased 67%, and vehicle miles traveled have increased 59%, demonstrating that economic growth & cleaner air are compatible.

Georgia is designated attainment for all other health-based standards (sulfur dioxide, nitrogen dioxide, particulate matter, carbon monoxide, and lead), making this the first time Georgia has been designated attainment for all pollutants in all counties of the state. EPD Director Richard Dunn stated, “Commuters, residents, local governments, employers, and regulated industry in the Atlanta area have worked collaboratively with the State of Georgia over the years to meet this health-based goal. Within EPD, this was truly a team effort across all Programs in the Air Protection Branch, including the Stationary Source Compliance Program, Stationary Source Permitting Program, Mobile and Area Sources Program, Ambient Monitoring Program, and the Planning & Support Program. This work sets the foundation to ensure that all communities in Atlanta have clean, healthy air to breathe for generations to come.”