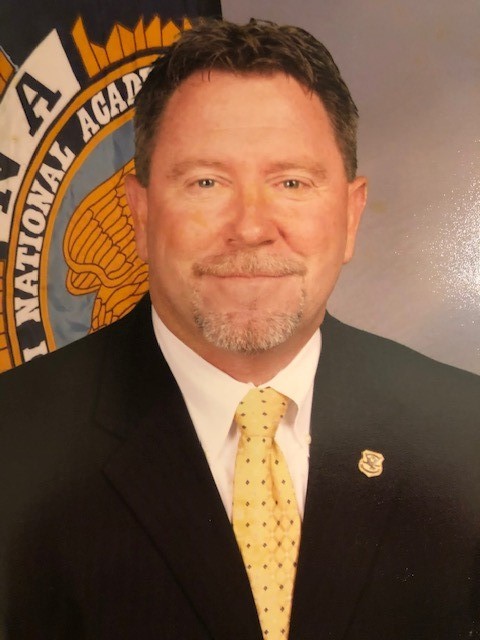 The Georgia Bureau of Investigation announced Friday that the agency has promoted Chris Hosey to Deputy Director for Investigations. DDI Hosey will oversee the Investigative Division, the GBI’s largest division.

DDI Hosey has been with the GBI for over 32 years. He began his career in 1987 as a Narcotics Agent with the Local Violators Squad and was promoted to Special Agent in 1989, assigned to general investigations at the Region 5 Statesboro office and later the Region 2 office in Thomaston and Greenville, currently located in Columbus. In 2001, Hosey was promoted to Assistant Special Agent in Charge of a Multi-Jurisdictional Drug Task Force (MJDTF) in Carrollton. He transferred for a time as ASAC back to the Region 2 office and later returned to the MJDTF office in Carrollton and was part of the creation of the GBI’s first state/local regional drug enforcement office, West Metro RDEO. In 2008, he was promoted to the rank of Special Agent in Charge of the Region 5 Statesboro office and later transferred to the Savannah Regional Drug Enforcement Office as SAC. In 2012, he was promoted to Inspector, overseeing drug operations as well as various general investigative offices, and the GBI’s Training Unit, and has served in this role until his promotion to Deputy Director for Investigations.

DDI Hosey has been a P.O.S.T. certified instructor since 1995. He has provided instruction in a variety of general investigative topics, as well as firearms, tactics, officer survival, active shooter, and use of force. Hosey has instructed in Canada and provided Basic Warrant Service and Active Shooter instruction to officers in the Republic of Georgia. Additionally, he has served as a criminal justice adjunct instructor for police academies and technical colleges.

The Georgia Bureau of Investigation is comprised of three divisions: the Georgia Crime Information Center, the Crime Laboratory, and the Investigative Division. The agency has 808 employees and a FY21 budget of $98.8 million.

DD Hosey is from Newnan, GA and resides in Thomaston, GA.