A Honduran national who has repeatedly entered the United States illegally has been convicted in federal court after his fifth return. 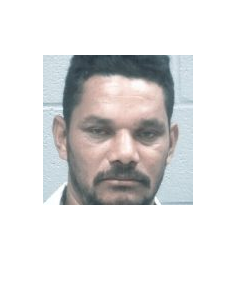 A Honduran national who has repeatedly entered the United States illegally has been convicted in federal court after his fifth return.

A jury on July 15 foundCelso de Jesus Urbina-Aleman, 43, of Honduras, guilty of Re-entry After Removal/Deportation in U.S. District Court in Augusta, said Bobby L. Christine, U.S. Attorney for the Southern District of Georgia. The conviction carries a possible sentence of up to two years in federal prison, followed by deportation.

“Urbina-Aleman’s case demonstrates the challenge our federal immigration partners face in enforcing our nation’s laws,” said U.S. Attorney Christine. “For a decade and a half the defendant has broken our laws over and over again, been caught and deported. This jury verdict has changed the script and will permit justice to be served at the time of sentencing.”

Urbina-Aleman was arrested Dec. 2, 2018 after a traffic stop in Taliaferro County, Ga., and was charged with driving without a valid license. A check on his immigration status determined he was illegally present in the United States and previously had been deported four times.

According to court records and proceedings, Urbina-Aleman was initially removed from Texas in 2006, was deported in 2010 after being caught in Pennsylvania, then was caught again near the border in Texas in 2011 and deported. Less than three months later, he was caught again in Texas, convicted in federal court of Illegal Entry and again deported.

“The woman and men of ICE perform the vital role of arresting and removing immigration law violators, particularly those who demonstrate a constant and wanton disregard of our laws,” said ICE Atlanta Field Office Director Sean Gallagher. “ICE officers, in concert with our law enforcement partners, will continue to perform their duties as intended by Congress with veracity, courage and professionalism.”

The case was investigated by Immigration and Customs Enforcement (ICE) and prosecuted for the United States by Assistant U.S. Attorney Alejandro V. Pascual IV.