70 months in prison, plus three years supervised release. There is no parole in the federal system. 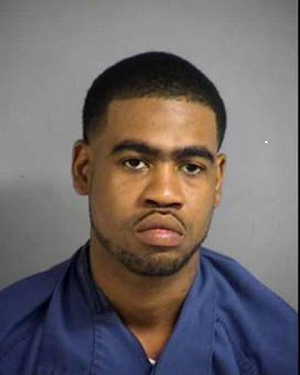 A Valdosta man with a violent criminal history in that community was sentenced in federal court this week after admitting he illegally possessed a firearm, announced Charles “Charlie” Peeler, the United States Attorney for the Middle District of Georgia. Kenneth Diamond Fountain, 28, of Valdosta, Georgia previously entered a guilty plea to one count of Possession of a Firearm by a Convicted Felon and was sentenced on August 1, 2019 by U.S. District Judge Louis Sands to 70 months in prison, plus three years supervised release. There is no parole in the federal system.

According to his signed guilty plea, on April 5, 2018, Mr. Fountain was apprehended inside a vehicle on College Street in Valdosta, wanted on two violent felony warrants in Lowndes County, Aggravated Assault with a Deadly Weapon and Possession of Firearm or Knife during the Commission or Attempt to Commit Certain Felonies. Mr. Fountain was in possession of a semi-automatic handgun, loaded with a round in the chamber and rounds in the magazine. A loose round was also in the pocket of a backpack and two additional rounds of 9 mm ammunition were found in the driver’s door. Mr. Fountain admitted to purchasing the handgun two weeks prior from a criminal associate. Mr. Fountain was previously convicted of Assault with a Deadly Weapon in Lowndes County Superior Court.

“This week alone, three convicted felons with violent criminal histories in the Valdosta area faced federal-level consequences for illegally possessing firearms,” said U.S. Attorney Charlie Peeler. “Removing deadly weapons from known dangerous players in the Valdosta community is a priority for law enforcement, and we will hold convicted felons accountable for illegally possessing firearms. I want to thank the Lowndes County Sherriff’s office and the FBI for their partnership.”

The case is being prosecuted as part of Project Safe Neighborhoods (PSN), the centerpiece of the Department of Justice’s violent crime reduction efforts.  PSN is an evidence-based program proven to be effective at reducing violent crime.  Through PSN, a broad spectrum of stakeholders work together to identify the most pressing violent crime problems in the community and develop comprehensive solutions to address them.  As part of this strategy, PSN focuses enforcement efforts on the most violent offenders and partners with locally based prevention and reentry programs for lasting reductions in crime.

The case was investigated by the Lowndes County Sheriff’s Office and Federal Bureau of Investigation and was prosecuted by Assistant U.S. Attorney Julia C. Bowen.