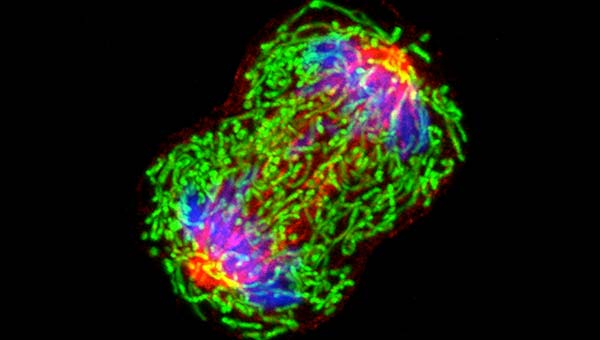 Secretary of State Brad Raffensperger and Attorney General Chris Carr announced that $2.5 million will be distributed to cancer centers across the country as a result of a multistate enforcement action against sham cancer charities.

The $2.5 million was recovered through settlements as a result of a landmark lawsuit against four affiliated sham charities: the Cancer Fund of America, Inc., The Breast Cancer Society, Inc., Cancer Support Services, Inc., and the Children’s Cancer Fund of America.  The sham charities founder, James Reynolds, was also party in the case along with other individuals.  Through the settlements, each sham charity was shut down, the people responsible received a lifetime ban from any charity or fundraising activity, and the federal and state plaintiffs received judgments for the full amount of the alleged fraud.

This distribution marks the conclusion of the lawsuit, brought in May 2015.  The suit was the first time that all 50 States, the District of Columbia and the Federal Trade Commission joined together to shut down sham charities.

“My office is proud to partner with Attorney General Carr and government officials across the country to shut down these sham charities and ensure that recovered money will be used to serve legitimate cancer patients as the donors intended,” said Secretary Raffensperger. “This case should stand as a warning to fraudsters who attempt to steal money donated to a worthy cause—theft from hard-working Georgia donors will not be tolerated.”

“It is unconscionable to think that anyone would exploit victims of cancer and prey on the sympathies of those who want to help their neighbors,” said AG Carr. “We’re proud to have worked with the Georgia Secretary of State and public officials from all 50 states to bring these scam artists to justice and provide relief for those who suffered at the hand of their schemes.”

The complaint alleged that the so-called charities, led by James Reynolds and his family members, bilked the public out of more than $187 million dollars between 2008 and 2012.  Most of the money collected was paid to professional fundraisers or squandered by the defendants.  Of the money collected, the charities directed only 3% to cancer patients in the United States in the form of “care packages” containing religious DVDs, Moon Pies, random items of clothing, and various sundries.  Cancer Fund of America also claimed to supply patients with pain medications and transportation to chemotherapy treatments, when it provided no such services.  The charities also participated in a “gift-in-kind” program in which they sent drugs that had nothing to do with cancer to other countries in order to make the organizations appear larger than they were and to hide their high fundraising costs.  The Complaint also alleged that the leaders of these sham charities used donated funds to pay themselves exorbitant salaries and to go on trips to destinations including Thailand, Las Vegas and Disneyworld.  The Reynolds’ also bought luxury items such as cars, boats, jet skis and houses, and used the charities’ credit cards to buy designer handbags, jewelry and clothing, and other personal expenses such as gas, groceries and utility bills.

The money will be transferred to Rockefeller Philanthropy Advisors (RPA) who, under a services agreement with the plaintiffs, will distribute the funds to select health and medical programs targeting breast and pediatric cancer. Eligibility will be determined through an invitation-only application process, and is limited to NCI-designated Cancer Care Centers, a designation bestowed by the National Cancer Institute on institutions and programs recognized for their scientific leadership, resources, and the depth and breadth of their research. RPA CEO Melissa Berman noted, “We are pleased to be part of this landmark process of ensuring that the philanthropic intent of donors is coming to fruition, despite the conduct of bad actors.” RPA will ensure that the funding will serve patients in all 50 states, and will monitor, ensure compliance and provide detailed reporting for all grants awarded.