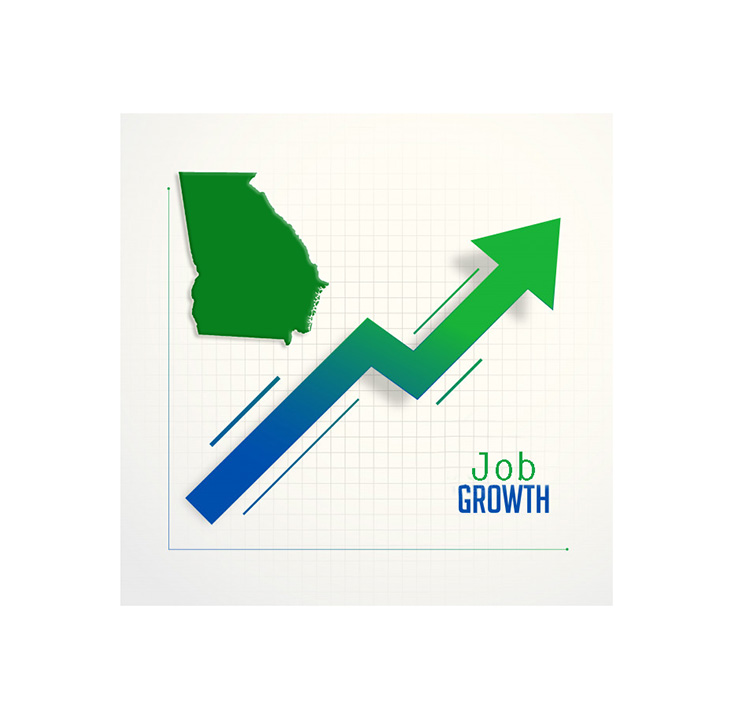 Governor Brian Kemp, along with the Georgia Department of Economic Development (GDEcD), announced yesterday that more than 24,000 jobs were created across all regions of the state by economic development projects during the first three quarters of fiscal year 2021.

“Creating high-paying jobs for hardworking Georgians – no matter their zip code – has been a key priority of mine since day one,” said Governor Kemp. “These numbers show that our continued, targeted investments in K-12 education, workforce development, and innovative partnerships are doing exactly what they’re supposed to – delivering opportunities to Georgians in every corner of the Peach State.”

During the third quarter of the fiscal year between January and March 2021, Georgia also further solidified its position as an internationally recognized tech hub and data center region with game-changing commitments from Airbnb, The Adecco Group, and Google. Microsoft also announced plans to build on their existing Georgia footprint to develop one of the company’s largest hubs in metro Atlanta. The company will also establish new data centers in Fulton and Douglas counties. Georgia’s significant fiscal year-to-date totals do not include complete details on the expected investments and job creation totals from Microsoft or Airbnb.

Georgia business expansions accounted for 68% of all projects and total investments as companies chose the state as the best locations for growth. New locations to the state accounted for 58% of new jobs in economic development projects from July 1, 2020, through March 31, 2021.

Food processing, manufacturing, and logistics and distribution industries in the state continued their robust pace of development, accounting for 63% of jobs created by economic development projects. Georgia’s automotive and information and technology industries also continued to flourish, accounting for nearly 5,000 new jobs generated three-quarters into the fiscal year.

“Georgia’s economy is diverse, promising, and continuing to gain momentum,” said GDEcD Commissioner Pat Wilson. “One year ago today, we faced an extremely volatile and uncertain economic future. I extend my thanks to all of our private and public sector partners for the incredible amount of resilience they have shown and for helping us maintain Georgia’s position as the No. 1 state to live, work, and raise a family.”