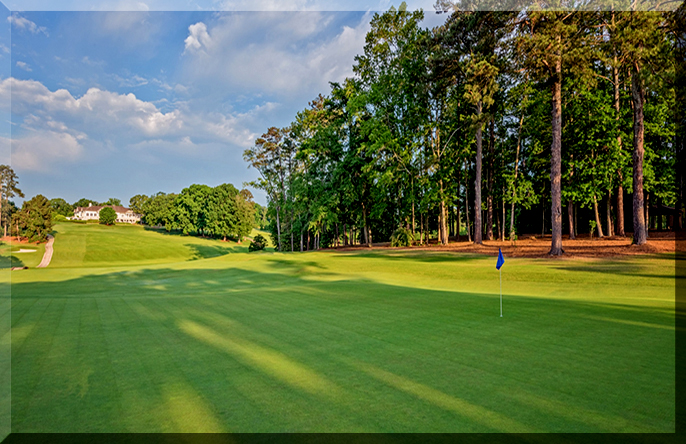 The state’s premier amateur golf tournament is set to take place this week.

The Georgia Amateur Championship, in its 97th year, will be held Thursday through Sunday at the Athens Country Club. It is governed by the Georgia State Golf Association

The Athens club is looking forward to be hosting the Georgia Am for the seventh time and first since 2004.

“We are extremely excited to be hosting the State Amateur again at Athens Country Club,” said general manager Michael Cofer. “It’s been 14 years since we had the Championship here, and in that time a lot has changed on the Ross Course.”

The changes Cofer made mention of involve the course which was originally designed by renowned architect Donald Ross.

The course underwent a two-year renovation in 2009 and 2010. A major component of the project was restoring the greens to the specifications originally made by Ross.

Ron Forse from Pittsburgh was hired to do the restoration work. Force had worked on several other Ross courses and he used the designer’s actual drawings to restore the greens back to their original look.

The greens, which are bentgrass surfaces, are small and can be tricky to putt with subtle breaks and ridges that challenge the golfers.

“The two-year renovation project not only restored the greens back to what Mr. Ross had designed back in 1926, but we were able to solve a lot of the drainage issues in the fairway and around the greens,” Cofer said. “We also added some yardage to several holes, so the course will play longer than the set up of the 2004 Amateur.”

The course played 6,671 yards back in the 2004 tournament. It will play 6,917 yards this week. The fairways will be tighter and the new greens are expected to be firm and fast without any rain to soften them up.

“I believe the GSGA will set the course up fairly, but it will be all the players want and then some,” Cofer noted. “The bentgrass on these small undulating Ross greens can be challenging, and good shots below the hole will be rewarded.”

Cofer also noted that the club’s practice facilities were expanded with a new chipping and putting green which were also nice enhancements made during the renovation.

The state amateur dates back to 1916 which is 10 years before Ross created the Athens Country Club. The great Bobby Jones won the inaugural championship at the Capital City Club in Atlanta.

Idle Hour Club in Macon has hosted eight state amateur events which is the most by any course. The Savannah Golf Club and the Coosa Country Club in Rome have hosted the event seven times and Athens Country Club will join their company with this year’s tournament.

The country club is a par-70 course.

In 2004, University of Georgia golfer David Denham shot even-par 280 to win in Athens. Denham, a Tifton native who is living and working in Athens, will be among the 144 players competing this week.

The defending champion is Justin Connelly, a Mercer graduate, who shot a tournament-record 17-under-par last year at West Lake Country Club in Augusta. He defeated Conner Coffee, who plays at Kennesaw State, by two strokes.

Chris Waters, the GSGA Player of the Year, is also in the field.

Cofer noted that the Athens Country Club has five members in the field including Doug Stiles and his sons, Kyle and Nick.

“They will have some great memories of this week,” he said.

Cofer said the Athens course is ready to show its new design to the rest of the state.

“It is truly an honor to be hosting this prestigious Amateur Championship on Athens Country Club’s Donald Ross course, and I think Mr. Ross would be proud of how his course has withstood the test of time,” he said. “I hope we draws some good crowds for the players this coming weekend.”

For more information on the Georgia Amateur including pairings, visit www.gsga.org.

Column: Might be time for Kirby Smart to lock down on Fromm
Column: Some brief notes on sports around the state
Posting....