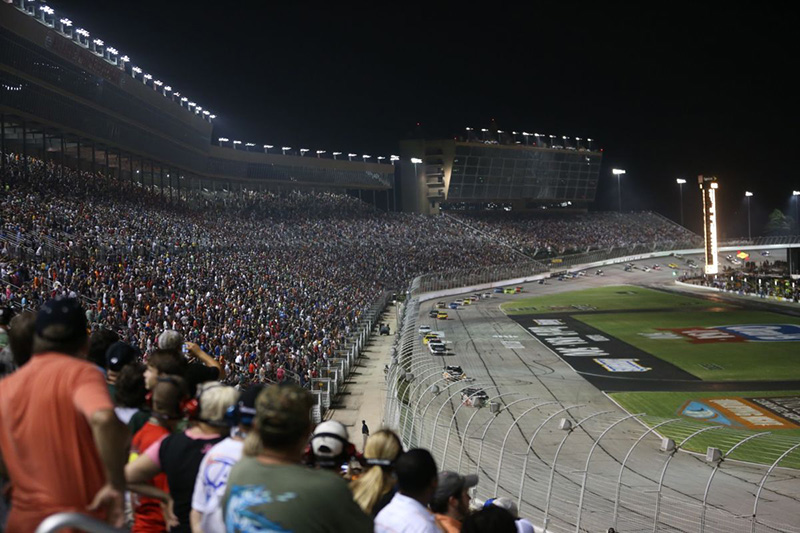 The dates are set for the NASCAR Cup Series’ two trips to Atlanta Motor Speedway in 2023 with thrilling action returning to the high banks in the spring and summer, including the speedway’s first night race since 2014.

Stock car racing’s best will tackle the intense high-speed action on Atlanta’s 1.54-mile oval for 400 miles of superspeedway-style racing in the Ambetter Health 400 on Sunday, March 19. Fresh off the dazzling 2022 running of this event – which saw an AMS record 46 lead changes among 20 drivers – the Ambetter Health 400 will be one of the most anticipated events of the 2023 season.

As the race to the NASCAR playoffs intensifies, the NASCAR Cup Series will race into Atlanta once again for the Quaker State 400 Presented by Walmart on Sunday, July 9. New for 2023, Atlanta’s summer NASCAR races will be decided at night under the lights.

“After all the excitement we saw on the track and the fun we had off the track, I’m thrilled to invite fans back for the Ambetter Health 400 in March,” said AMS Executive Vice President and General Manager Brandon Hutchison. “Equally as exciting is being able to deliver what our fans have been asking for in July: NASCAR action under the lights during the Quaker State 400 Presented by Walmart. It’s going to be a year of live entertainment at its best! Our team is already hard at work to ensure both events are packed with unforgettable experiences for our fans.”

The NASCAR Xfinity Series will also race under the lights in the Alsco Uniforms 250 on Saturday, July 8. The 2023 Quaker State 400 Presented by Walmart weekend will be the first to feature night races at AMS since 2014.

Tickets and camping accommodations for all five NASCAR races are available now. For more information on the Ambetter Health 400 and Quaker State 400 Presented by Walmart at Atlanta Motor Speedway, visit www.AtlantaMotorSpeedway.com.