A U.S. Immigration Judge in Memphis, Tennessee has issued a removal order against a German citizen and Tennessee resident, based on his service in Nazi Germany in 1945 as an armed guard of concentration camp prisoners in the Neuengamme Concentration Camp system. 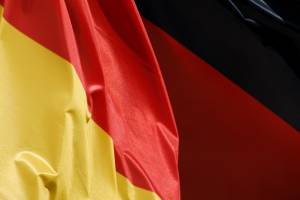 A U.S. Immigration Judge in Memphis, Tennessee has issued a removal order against a German citizen and Tennessee resident, based on his service in Nazi Germany in 1945 as an armed guard of concentration camp prisoners in the Neuengamme Concentration Camp system (Neuengamme).

After a two-day trial, U.S. Immigration Judge Rebecca L. Holt issued her opinion finding Friedrich Karl Berger removable under the Immigration and Nationality Act because his “willing service as an armed guard of prisoners at a concentration camp where persecution took place” constituted assistance in Nazi-sponsored persecution. The court found that Berger served at a Neuengamme sub-camp near Meppen, Germany, and that the prisoners there included “Jews, Poles, Russians, Danes, Dutch, Latvians, French, Italians, and political opponents” of the Nazis.

Judge Holt found that Meppen prisoners were held during the winter of 1945 in “atrocious” conditions and were exploited for outdoor forced labor, working “to the point of exhaustion and death.” The court further found, and Berger admitted, that he guarded prisoners to prevent them from escaping during their dawn-to-dusk workday, and on their way to and from the worksites. At the end of March 1945, with the advance of British and Canadian forces, the Nazis abandoned Meppen. The court found that Berger helped guard the prisoners during their forcible evacuation to the Neuengamme main camp – a nearly two-week trip under inhumane conditions which claimed the lives of some 70 prisoners.

“This case is but one example of U.S. Immigration and Customs Enforcement’s (ICE) commitment to ensuring that the United States will not serve as a safe haven for human rights violators and war criminals,” said David C. Shaw, Assistant Director, National Security Investigations Division, Homeland Security Investigations (HSI), who oversees the Human Rights Violators and War Crimes Center. “We will continue to pursue these types of cases so that justice may be served.”

“Berger was part of the SS machinery of oppression that kept concentration camp prisoners in atrocious conditions of confinement,” said Assistant Attorney General Brian A. Benczkowski of the Department of Justice’s Criminal Division. “This ruling shows the Department’s continued commitment to obtaining a measure of justice, however late, for the victims of wartime Nazi persecution.”

“The investigation of human rights violations and those who engage in these heinous acts, continues to be a focus for Homeland Security Investigations and this successful outcome is an example of those efforts” stated Jerry C. Templet Jr, Special Agent in Charge, HSI Nashville.

The removal case was jointly tried by attorneys in ICE New Orleans Office of the Principal Legal Advisor (Memphis), and attorneys from DOJ’s HRSP, with the assistance of the Human Rights Violators and War Crimes Center.

Established in 2009, ICE’s Human Rights Violators and War Crimes Center furthers ICE’s efforts to identify, locate and prosecute human rights abusers in the United States, including those who are known or suspected to have participated in persecution, war crimes, genocide, torture, extrajudicial killings, female genital mutilation and the use or recruitment of child soldiers. The HRVWCC leverages the expertise of a select group of agents, lawyers, intelligence and research specialists, historians and analysts who direct the agency’s broader enforcement efforts against these offenders.

Since 2003, ICE has arrested more than 450 individuals for human rights-related violations of the law under various criminal and/or immigration statutes. During that same period, ICE obtained deportation orders against and physically removed 1034 known or suspected human rights violators from the United States. Additionally, ICE has facilitated the departure of an additional 160 such individuals from the United States.