Bynes was No. 1 prescriber in entire country for dangerous drug cocktail 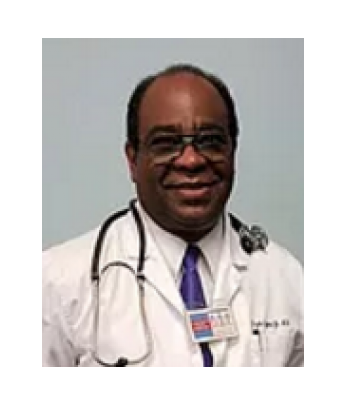 Bynes was No. 1 prescriber in entire country for dangerous drug cocktail

A Savannah doctor who operated a “pill mill” dispensing massive amounts of controlled substances – usually in return for cash – has been found guilty on 16 counts after a three-and-a-half day trial.

Sentencing will be at a later date.

“The actions of Dr. Bynes are especially shocking in their massive scope, with countless individuals suffering because of the products of his illegal pill mill, including cocktails of opioids and other controlled substances, which he distributed to feed the addictions of people who were supposed to be in his care,” said U.S. Attorney Christine. “Medical professionals who violate their oaths and ethics while violating the law will find no safe haven in the Southern District, and we will be relentless in shutting down these white-coated drug dealers.”

According to court testimony and documents, Bynes worked at the MBA Community Clinic in Savannah, a/k/a MBA Diabetic Shoe and Supply Store, and at Georgia Laboratory Diagnostic in Garden City, where he wrote prescriptions for massive quantities of narcotics. Many of those prescriptions were for the known “holy trinity” drug cocktail of opioids, alprazolam and Soma, and were provided to large numbers of patients – including those who Bynes knew were addicted to controlled substances. According to evidence introduced at trial, Bynes prescribed the deadly drug cocktail more frequently to Medicare patients than any other physician in the United States.

While operating his illegal pill mill, Bynes falsely claimed to work for the Department of Justice and displayed false law enforcement credentials to his patients and others. Bynes also engaged in unprofessional sexual conduct with female patients, using his prescribing as a tool to coerce female patients.

Among other evidence introduced at trial, Bynes collected photographs of his female patients in his phone and e-mail accounts, including hundreds of women to whom he prescribed controlled substances. Evidence also included documents establishing Bynes knew multiple patients suffered an overdose – yet Bynes disregarded numerous warnings to continue to prescribe the drug cocktail on which his patients had overdosed. In addition, Bynes defrauded Medicaid, Medicare and Tricare, resulting in excess of $2 million in fraudulent pharmacy claims.

“For years, Dr. Bynes manipulated his patients and helped fuel one of the worst public health epidemics in Georgia’s history,” said Georgia Attorney General Chris Carr. “I am hopeful that the jury’s verdict may now begin the healing process for the many individuals and families afflicted by Dr. Bynes’ illegal prescribing practices.”

Robert J. Murphy, the Special Agent in Charge of the Atlanta Field Division of the Drug Enforcement Administration (DEA) stated, “The dispensing of addictive prescription pain medication under the guise of a doctor’s care is not about the good of the community or an individual’s specific health needs; it is about greed. Individuals like Dr. Bynes who are involved in ‘pill mill’ activity are drug dealers who are licensed to wear white coats and carry stethoscopes. The guilty verdict makes the Savannah area a safer place today.”

“Today’s verdict underscores the egregious criminal conduct of Dr. Bynes,” says Derrick L. Jackson, Special Agent in Charge for Health and Human Services Office of the Inspector General (HHS-OIG) in Atlanta. “For a physician to engage in sexual acts with patients while writing an inordinate amount of unnecessary and fraudulent opioid prescriptions goes against the very oath he has taken to ‘first, do no harm.’ HHS OIG will continue to work with our partners to protect the health and well-being of all Americans.”

“It saddens me that Dr. Bynes victimized military members and their dependents who were struggling with addiction,” stated Special Agent in Charge Cynthia A. Bruce, Defense Criminal Investigative Service, Southeast Field Office. “DCIS and our law enforcement partners will fully investigate and bring to justice those who choose to put their own personal interests ahead of the medical well-being of their patients.”

“I am both excited and saddened by Doctor Frank Bynes’ conviction. One of the oldest oath’s in history, which doctors completing medical school still take today in various versions, states the ethical and moral obligations that doctors have to their patients. While the vast majority of the country’s licensed physicians are caring and conscientious individuals who hold the oath as inviolate, there are a minority of doctors that violate the sacred pledge they have taken and violate the trust of their patients. Sadly in this case, Dr. Bynes chose to violate his oath in exchange for sexual and financial gain,” said Everett Ragan, Director of the Chatham-Savannah Counter Narcotics Team (CNT). “In doing so, Dr. Bynes not only violated his oath but also violated the trust of his patients, flooding the Chatham County community and Southeast region with these very dangerous and addictive narcotic/opioid pain medications. I take pride in knowing the Chatham-Savannah Counter Narcotics Team played a major role in dismantling Dr. Bynes and his unlawful dispensation of controlled substances, and am thankful he can no longer poison our community.”

Any individuals who believe they were victims of Bynes should call Assistant U.S. Attorney J. Thomas Clarkson at (912) 652-4422.