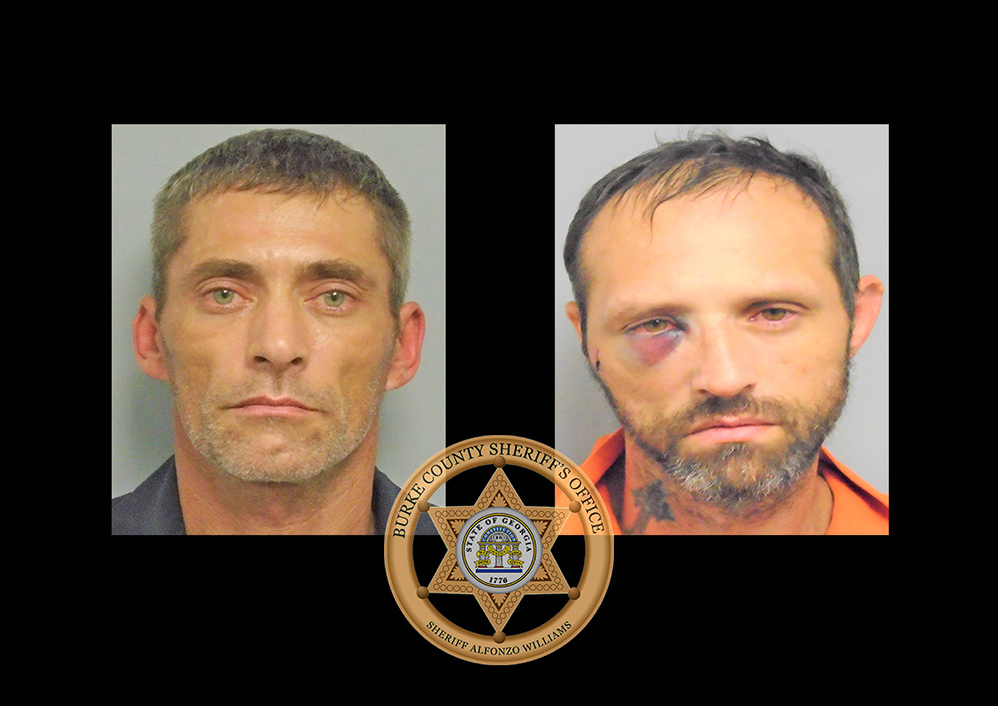 Two men were arrested in Burke County Monday on multiple charges after a search warrant was executed. One of the men met officers with a gun, while the other was trying to dispose of narcotics in the kitchen. Both struggled and one tried to fight deputies before being arrested.

On the 29th of August 2022, at approximately 6:00pm, The Burke County Sheriff’s Office Special Response Team (SRT), executed a Search Warrant on the 1200 block of Farmers Bridge Road in reference to illegal narcotic sales. Upon entry to the residence the SRT team was met inside the threshold of the door by Michael Whitaker (suspect for the search warrant) who was holding a small caliber semi-automatic handgun. After a brief struggle with Whitaker he was taken into custody without out further incident. Upon further search of the residence James Gordon Martin was located inside the kitchen disposing of narcotics. Martin began actively fighting with deputies and after a brief struggle he was also taken into custody. Items located and seized during the search warrant were Methamphetamines, items to package the Methamphetamine for sale, as well as several firearms. A check of James Gordon Martin was completed which shown he had an active warrant for failing to register as a sex offender. Both Whitaker and Martin were transported to the Burke County Detention Center and committed for the below listed charges.

James Gordon Martin – Possession of Methamphetamine, Felony Obstruction of a Law Enforcement Officer, and Failure to Register as a Sex Offender.

Founders, members, and associates of the Ghostface Gangsters gang convicted of RICO conspiracy, drug, and firearm offenses
Clayton County Man Sentenced to 15 Years for Soliciting Sex from a 15-Year-Old
Posting....