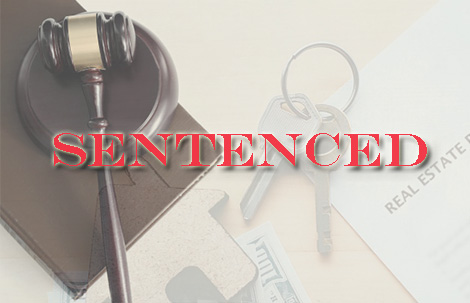 According to The U.S. Attorney’s Office for the Southern District of Georgia, a Savannah man who concocted a schemed to enrich himself by repeatedly borrowing money against the same pieces of property will go to prison for fraud. He used the scheme for just under $3 million in fraudulent loans from multiple financial institutions. The properties used were located in Savannah, Hinesville, Glennville, Midway and Allenhurst.

“Financial fraud temporarily enriches criminals at the long-term expense of legitimate businesses,” said Acting U.S. Attorney Estes. “As Christopher Grooms discovered, our law enforcement partners are adept at rooting out these schemes, and his ill-conceived investment in criminal activity is returning a dividend of time behind bars.”

As described in court documents and testimony, Grooms operated several real estate investment companies that acquired and resold real estate. From 2013 to 2018, Grooms devised a scheme in which one of his companies would purchase a property using borrowed funds, and he would then falsify documents to show that the lien against the property had been satisfied. He would then secure additional loans against the property, repeatedly filing fraudulent paperwork to show the property was unencumbered by liens.

Grooms used the scheme at least 24 times for nearly $3 million in fraudulent loans from multiple financial institutions. The properties used in the scheme were located in Georgia cities including Savannah, Hinesville, Glennville, Midway and Allenhurst.

“The Federal Housing Finance Agency, Office of Inspector General (FHFA-OIG) is committed to holding accountable those who waste, steal, or abuse the resources of the government-sponsored enterprises regulated by FHFA.  We are proud to have partnered with the U.S. Attorney’s Office for the Southern District of Georgia in this case,” said Edwin S. Bonano, Special Agent-in-Charge, FHFA-OIG, Southeast Region.

“This sentence should serve as a stark reminder that such greed as seen in this case comes with a bigger cost,” said Chris Hacker, Special Agent in Charge of FBI Atlanta. “The FBI recognizes the impact on the banking institution and will continue to dedicate investigative resources to target fraud in its many forms.”

“Committing high-level fraud will not be tolerated in Georgia,” said Georgia Bureau of Investigation (GBI) Director Vic Reynolds. “The GBI worked hard on this investigation with local and federal partners to bring this case to a successful prosecution.”

The case was investigated by the FBI, the Federal Housing Finance Agency Office of the Inspector General, the GBI, and the Tattnall County Sheriff’s Office, and prosecuted for the United States by Assistant U.S. Attorneys Tara M. Lyons and Asset Recovery Unit Chief Xavier A. Cunningham.