During a traffic stop, one woman admitted she had drugs and pulled a small amount of marijuana out of her pants. The deputy then conducted a probable cause search of the vehicle, and inside a large suitcase in the backseat found multiple vacuum sealed bags containing large quantities of methamphetamine. 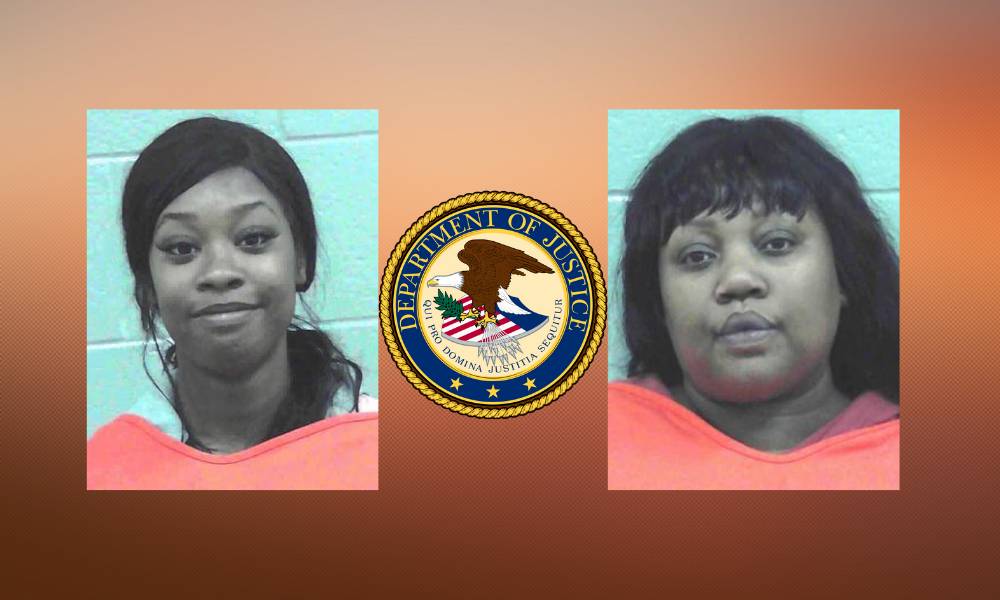 Two women arrested in possession of more than 23 kilos of methamphetamine during a traffic stop on I-75 have pleaded guilty to possession with intent to distribute methamphetamine and are both facing a maximum twenty years in prison for their crimes.

The news came from Peter D. Leary, the Acting U.S. Attorney for the Middle District of Georgia, last week.

According to the stipulation of facts entered in court, on December 9, 2019, a Butts County Sheriff’s Office Deputy patrolling I-75 pulled over a white Chevrolet Camaro driven by Crawford for multiple traffic violations. Smelling the odor of marijuana, the deputy asked if there were drugs in the car. Matthews admitted she had drugs and pulled a small amount of marijuana out of her pants. The deputy conducted a probable cause search of the vehicle, and inside a large suitcase in the backseat found multiple vacuum sealed bags containing large quantities of methamphetamine. More bags of methamphetamine were found inside a suitcase in the trunk. In all, 23 packages of methamphetamine were found, totaling 23,077 grams of 98% pure d-methamphetamine hydrochloride, also known as “ice.” Matthews told the agents that she had acquired the drugs in Los Angeles, California and had flown to Orlando, Florida with the drugs and had done so at least two other times. Crawford or another individual would then pick her up from the airport and drop her off at Atlantic Station in Atlanta, Georgia, where Matthews would get paid for her part in moving the drugs.

“Those caught trafficking large amounts of methamphetamine through Middle Georgia will face severe consequences – federal prosecution and federal prison without parole,” said Acting U.S. Attorney Leary. “I want to thank the Butts County Sheriff’s Office and the DEA for investigating this case.”

“Methamphetamine poses a clear and present danger to the health and safety of communities,” said the Special Agent in Charge of the DEA Atlanta Field Division Robert J. Murphy. “Because of the unified effort between all law enforcement agencies involved in this case, these two defendants will no longer be able to distribute this toxic drug that destroys lives and communities.”

“I want to commend the United States Attorney’s Office and the Drug Enforcement Administration for assisting and the prosecution of this case. With methamphetamine being the biggest threat to our community, I want to commend my Deputy for intercepting this poison before it destroyed lives and families across the state of Georgia. My office will continue to identify and arrest anyone that decides to possess, distribute, or traffic methamphetamines, into or through Butts County,” said Butts County Sheriff Gary Long.

The investigation was conducted by the U.S. Drug Enforcement Administration (DEA) and the Butts County Sheriff’s Office. The case is being prosecuted by Assistant U.S. Attorney Steven Ouzts.