These new rules will close a loophole in the law that prevented the agency from pursuing scammers sending spoofed text messages and international fraudsters making spoofed calls to Americans. 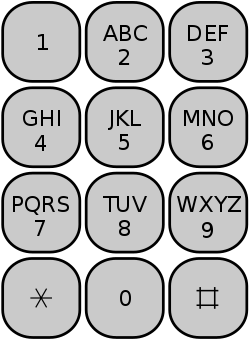 The Truth in Caller ID Act of 2009 prohibits anyone from causing a caller ID service to knowingly transmit misleading or inaccurate caller ID information (“spoofing”) with the intent to defraud, cause harm, or wrongly obtain anything of value.  However, until passage of the RAY BAUM’S Act last year, the Truth in Caller ID Act did not extend to text messages or international calls.  The new rules extend these prohibitions to text messages, calls originating from outside the United States to recipients within the United States, and additional types of voice calls, such as one-way VoIP calls.

Fraudsters working in overseas call centers often pretend to be calling from trusted organizations and use pressure tactics to deceive and defraud American consumers of money and personal information.  Caller ID spoofing is used in these cases by the scammers to make their phone number appear to match the organization they are pretending to represent.  The FCC’s new rules will prohibit such malicious spoofing from foreign robocallers.

The new rules will allow the agency to bring enforcement actions against bad actors who spoof text messages and those who seek out victims in this country from overseas.  As more than 40 state attorneys general told the Commission in May, “The proposed rule changes would broaden the authority of the Commission to hold these criminals accountable for the significant harm they inflict on U.S. consumers.  As State Attorneys General on the front lines fighting these scammers, we are acutely aware that many of these calls are coming from criminals, located overseas, utilizing caller ID spoofing, and we are also seeing more scams being perpetrated via text message, as contemplated in the RAY BAUM’S Act.”

These new rules are the latest in the FCC’s series of recent efforts to combat malicious caller ID spoofing.  In 2018, the Commission issued the largest fines in its history for violations of its caller ID spoofing rules.  The agency has also pushed the phone industry to implement a caller ID “authentication” framework called SHAKEN/STIR this year.  This effort included a July 2019 SHAKEN/STIR Robocall Summit, during which stakeholders discussed next steps toward implementation of these network improvements.  And in June 2019, the Commission adopted a Further Notice of Proposed Rulemaking which laid the groundwork to mandate implementation of SHAKEN/STIR if major voice service providers fail to do so by the end of this year.

As part of its multi-pronged approach to protecting American consumers from malicious caller ID spoofing and unwanted and illegal robocalls, the Commission has also empowered service providers to offer robocall blocking services by default and authorized the creation of a database to reduce calls to reassigned numbers.

In the first half of this year alone, the FCC received more than 35,000 consumer complaints about caller ID spoofing.  Whether it’s neighborhood spoofing, which makes it look like an incoming call is from a local number, or spoofing the number of a company or government agency that consumers know and trust, scammers continue to hide behind spoofed numbers to deceive and defraud American consumers out of money and personal information.  And as a bipartisan coalition of more than 40 state attorneys general has warned, spoofing fraud is by no means limited to traditional phone calls made from within the United States.