The complaint also seeks an order that Kroll disgorge ill-gotten return preparation fees that he obtained through his alleged misconduct. 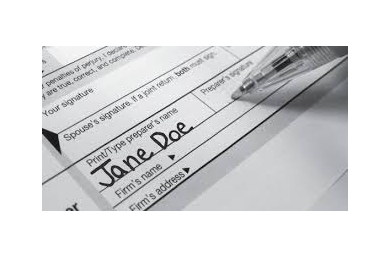 The United States filed a civil injunction suit seeking to bar Wesley Adam Kroll from owning or operating a tax return preparation business and preparing tax returns for others, the Justice Department announced this week.

The complaint also seeks an order that Kroll disgorge ill-gotten return preparation fees that he obtained through his alleged misconduct.

The government alleges that Kroll prepared tax returns claiming fabricated businesses and business-related profits or losses, and various false tax deductions and credits, including education, childcare, and earned income tax credits. The complaint estimates the lost tax revenue from federal tax returns prepared by Kroll and his employees exceeds $1.9 million. According to the complaint, the IRS took multiple steps to correct Kroll’s unlawful behavior, including conducting in-person educational visits with Kroll in 2012, 2014, and 2015; issuing him warning letters in 2013 and 2016; and assessing him with $182,500 in tax return preparer penalties. But, the government alleges, these efforts have failed to curb Kroll’s unlawful behavior.

“The Justice Department is committed to working with the IRS to bring enforcement actions against unscrupulous return preparers,” said Principal Deputy Assistant Attorney General Richard Zuckerman. “This civil action is further evidence that the IRS and the Tax Division will use all available tools to hold dishonest return preparers accountable and protect the U.S. Treasury from damage.”

Return preparer fraud is one of the IRS’ Dirty Dozen Tax Scams and taxpayers seeking a return preparer should remain vigilant. The IRS has information on its website for choosing a tax preparer and has launched a free directory of federal tax preparers. In the past decade, the Tax Division has obtained injunctions against hundreds of unscrupulous tax preparers. Information about these cases is available on the Justice Department website. An alphabetical listing of persons enjoined from preparing returns and promoting tax schemes can be found on this page. If you believe that one of the enjoined persons or businesses may be violating an injunction, please contact the Tax Division with details.

This is a ress release from the DOJ.