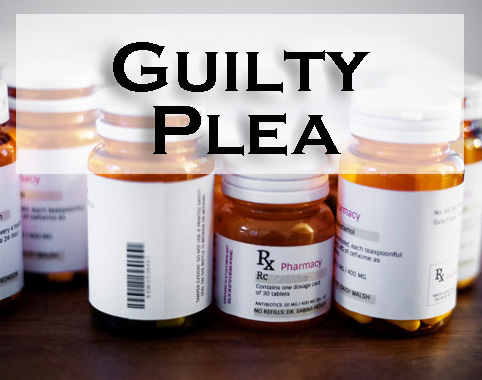 According to the U.S. Attorney’s Office for the Southern District of Georgia, a pharmacist and a pharmacy owner await sentencing after pleading guilty to charges related to a conspiracy to unlawfully dispense controlled substances.

Gilbert Nelson Weise, Jr., 58, of Jacksonville, Fla., faces up to five years in prison after pleading guilty to a charge of conspiracy to dispense controlled substances without a legitimate medical purpose and not in the usual course of professional practice, said David H. Estes, U.S. Attorney for the Southern District of Georgia. Weise also faces substantial financial penalties and up to three years of supervised release after completion of any prison term. There is no parole in the federal system.

“As demonstrated through this investigation, pill-mill clinics cannot thrive without pharmacists willing to fill their unlawful prescriptions,” said U.S. Attorney Estes. “Pharmacists have an obligation to scrutinize suspicious controlled substances and ensure they are issued for legitimate purpose. In this case, not only did the defendant negligently ignore the presence of red flags, but he also knowingly and intentionally agreed to fill prescriptions that he knew to be unlawful and appropriately is being held to account.”

As described in court documents, from on or about Oct. 9, 2014 to June 13, 2017, in Camden County, in the Southern District of Georgia, in the Middle District of Florida, and elsewhere, Weise and others conspired to dispense hydromorphone, oxycodone, and hydrocodone, among other drugs, for no legitimate medical purpose and outside the usual course of professional practice, in violation of federal law. The prescriptions in question were issued at a nominal pain management clinic known as Coastline Physical Medicine and Rehabilitation, Inc. in St. Mary’s, Ga. The physician at Coastline – who was charged in the indictment but subsequently judged incapable of standing trial – routinely dispensed controlled substances not for a legitimate medical purpose and not in the usual course of professional practice and in so doing generated significant amounts of cash. Between Oct. 9, 2014 and June 13, 2017, drug-seeking customers typically paid approximately $300 cash to Coastline in exchange for prescriptions. To enable more patients to fill their prescriptions, a co-conspirator contacted Weise, Jr., who agreed to fill Coastline’s prescriptions at Weise Prescription Shop located in Jacksonville, Fla.

Given the high volume of Coastline’s prescriptions, a second pharmacy known as Coastal RX Pharmacy also began filing Coastline’s prescriptions. The co-owner of Coastal RX Pharmacy, Amy G. Taylor, 42, of Jacksonville, also awaits sentencing after pleading guilty to an information charging Misprision of Felony. Specifically, Taylor agreed that she had knowledge of and concealed the unlawful conspiracy and did not report that knowledge to a lawful authority, in violation of federal law. This charge carries a statutory maximum sentence of three years in prison, along with substantial financial penalties and a one-year term of supervised release.

“Dispensing addictive prescription pain medication under the guise of a doctor’s care puts greed above an individual’s specific health needs and the trust of the community,” said Robert J. Murphy, the Special Agent in Charge of the DEA Atlanta Field Division. “Individuals like Weise and his associates who are involved in this ‘pill mill’ activity are nothing more than drug dealers who are licensed to wear white coats and fill prescriptions. Thanks to a concerted effort from our law enforcement partners, south Georgia and its surrounding communities are safer today.”

The case was investigated by the DEA and the Southern District of Georgia U.S. Attorney’s Office Investigator Charles Sikes and prosecuted for the United States by Assistant U.S. Attorneys Greg Gilluly, Mathew Josephson and Karl Knoche.