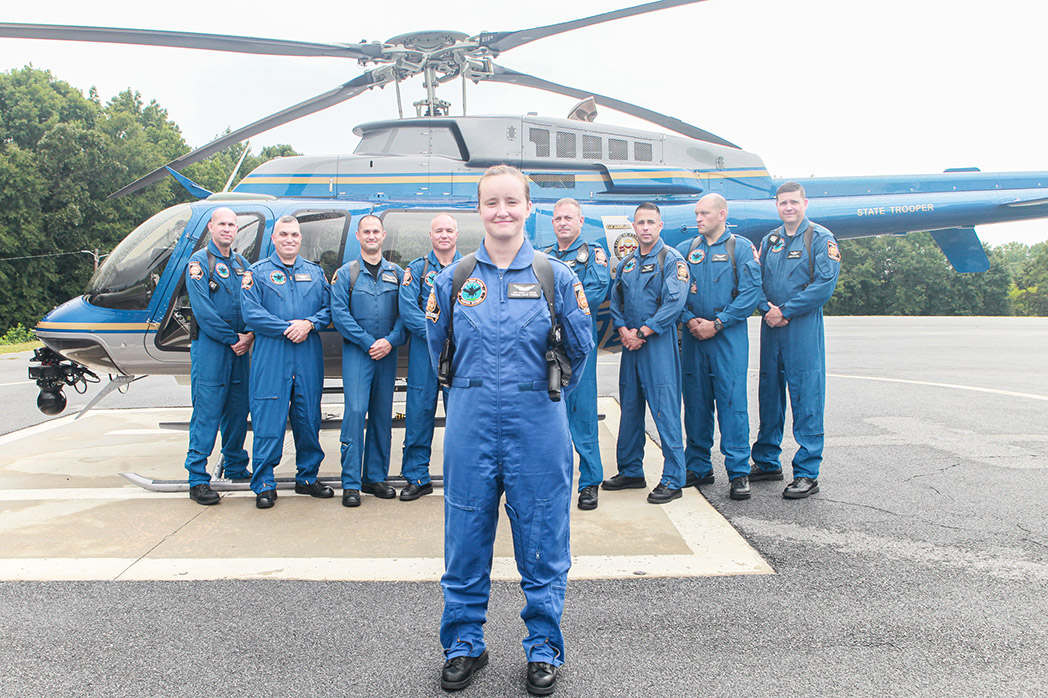 The first ever female pilot in the history of the Georgia State Patrol (GSP) Aviation Division recently received her wings.  TFC Haley Jo Lucas made history surrounded by members of the Command Staff, colleagues, and family members when she was presented with her wings by Col. Christopher C. Wright, Commissioner of the Department of Public Safety, at DPS Headquarters in Atlanta.  TFC Lucas becomes one of 14 pilots within the GSP Aviation Division that boasts a fleet of 12 helicopters and six hangars strategically placed throughout the state.

“Today we celebrate another milestone with the Department of Public Safety.  We are proud to recognize the accomplishment of Trooper Haley Lucas on becoming the first female pilot in the Georgia State Patrol Aviation Division.  We hope Trooper Lucas’ accomplishment inspires other young women to pursue their dreams,” said Col. Wright.  On hand for the pinning was Lt. Colonel Stephanie L. Stallings, the first female Lt. Colonel in the history of the Department of Public Safety.  “I am extremely honored for TFC Lucas to be in the category of “historic firsts.”  She is leading the way for other young women to follow and is a valuable addition to the GSP Aviation Division,” said Lt. Col. Stallings.  TFC Lucas is excited to join the Aviation Division and committed to continuing her service to the citizens of Georgia. 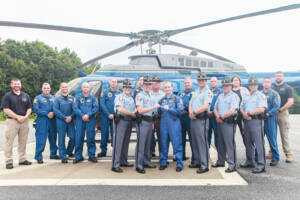 The GSP Aviation Division serves as the State of Georgia’s aeronautical search and rescue unit.  Their mission is to provide search and rescue capabilities, fire suppression, and any other need that requires aerial support for all 159 Georgia counties and their respective municipalities.  The unit also provides support to GEMA/Homeland Security during natural disasters and state emergencies. 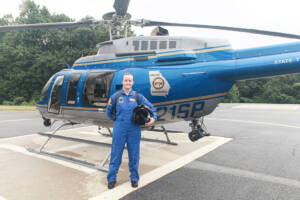 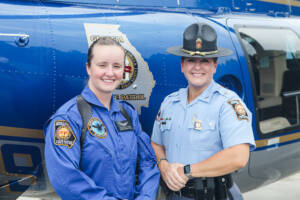