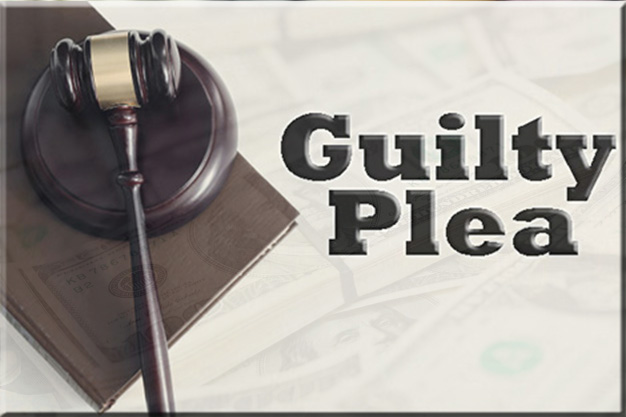 According to the Department of Justice, Christopher A. Parris, 41, formerly of Rochester, New York, and currently of Lawrenceville, Georgia, pleaded guilty today to conspiracy to commit mail fraud related to a Ponzi scheme, as well as to wire fraud involving the fraudulent sale of purported N95 masks during the pandemic.

“The fraud schemes at issue here, including the purported sales of personal protective equipment that the defendant could not actually provide, are particularly egregious,” said Acting Assistant Attorney General Brian M. Boynton of the Justice Department’s Civil Division. “The Department of Justice is committed to prosecuting anyone who would try to profit through this kind of conduct.”

“Defendant Parris, together with his co-defendant Perry Santillo, bilked millions of dollars from unsuspecting investors in their Ponzi scheme,” said U.S. Attorney James P. Kennedy Jr. for the Western District of New York. “Their web of deceit spread far and wide as they purchased established investment advisor or broker businesses from across the country in order to gain access to new victims. This office remains committed to working with all of our partners to identify and bring to justice those who seek to enrich themselves by defrauding others.”

“Preying on companies and the Department of Veterans Affairs as they sought to protect their employees and patients from this pandemic is beyond the pale,” said Acting U.S. Attorney Channing D. Phillips for the District of Columbia. “The department and our law enforcement partners will catch and stop those who take advantage of public health emergencies to perpetrate such frauds.”

“The U.S. Postal Inspection Service aggressively conducts investigations of those who fraudulently use the U.S. Mail to facilitate complex fraud schemes,” said Acting Inspector in Charge Joshua W. McCallister of the U.S. Postal Inspection Service, Boston Division. “Today’s plea demonstrates our ongoing work with law enforcement partners to stop those who are engaged in these types of fraudulent activities.”

“Financial frauds are grounded in greed, so it’s no surprise that when multiple people are behind a single scheme the greed runs deeper and the damage hits harder,” said Special Agent-in-Charge Stephen Belongia of the Buffalo Office of the FBI. “The only guarantee in a Ponzi scheme is that it will fall short, and the founders who contrived them will too.”

“The urgent need to protect veterans and VA health care workers during this fast-moving pandemic required the Department of Veterans Affairs to rapidly purchase personal protective equipment” said Inspector General Michael J. Missal of the Department of Veterans Affairs (VA). “Working with our law enforcement partners, the VA Office of Inspector General (OIG) stopped a criminal who was attempting to profit from this horrible crisis and prevented the government and taxpayers from being defrauded of hundreds of millions of dollars. The VA OIG will continue to work zealously to ensure schemes like this are uncovered, investigated and prosecuted to the fullest extent of the law.”

“Since the onset of the pandemic, HSI quickly adapted to investigate the increasing and evolving threat posed by COVID-19-related fraud and criminal activity,” said Acting Special Agent in Charge Jack P. Staton of Homeland Security Investigations (HSI), New Orleans Field Office. “This guilty plea is a testament to the commitment we have, along with our law enforcement partners, to protecting the American public in times of crisis.”

Between January 2011 and June 2018, Parris conspired with co-defendant Perry Santillo and others to obtain money through an investment fraud, commonly known as a Ponzi scheme. Specifically, in 2007, Parris and Santillo, as equal partners, formed a business known as Lucian Development in Rochester. Prior to approximately July 2007, Lucian Development raised millions of dollars from investors in Rochester, and elsewhere, by soliciting investments for City Capital Corporation, a business operated by Ephren Taylor. In July 2007, Parris and Santillo were advised by Ephren Taylor that their investors’ money had been lost. In response, in August 2007, Parris and Santillo agreed to acquire the assets and debts of City Capital Corporation. The acquisition proved financially ruinous, with the amount of the acquired debt far exceeding the value of the acquired assets. Taylor was later prosecuted and convicted of operating a Ponzi scheme.

The investment offerings pitched by Parris and Santillo consisted principally of unsecured promissory notes and preferred stock issued by various entities controlled by Parris and Santillo. Potential investors were offered an apparent array of investment options to create the illusion of a diversified investment portfolio. Those investment options included products issued by purported issuers such as First Nationle Solutions (FNS), Percipience Global Corporation, United RL Capital Services, Boyles America, Middlebury Development Corporation and NexMedical Solutions, among others. None of these issuers had substantial bona fide business operations or used investor money in the manner and for the purposes represented to investors. To the extent that an issuer may have had some minor legitimate business activities, it was not profitable, and insufficient revenues were generated to pay investors any returns (let alone return the principal amounts of their investments).

Over the years, to keep the Ponzi scheme from being detected, a substantial portion of incoming new investor monies were depleted by making promised interest and other payments to earlier investors. Most of the rest of incoming investor money was used by Parris, Santillo and other co-conspirators to finance lavish lifestyles of the conspirators, their families and associates; to expand the scheme by purchasing investment advisor/brokerage businesses to obtain access to fresh investors; and to pay operating expenses – salaries for a sales force and administrative staff, office rents and related expenses, housing for employees, and interest on loans – all of which were used to keep the scheme going and maintain a façade of legitimate business operations.

Very little investor money was deployed in productive investments, and when so deployed, the investments yielded meager income and were not profitable, or failed altogether. The Ponzi scheme was headquartered and based out of locations in Rochester, with a number of satellite offices around the country. Administrative and banking functions were largely performed out of Rochester. The conspiracy employed a variety of salespeople, including Parris and Santillo, who traveled around the country to meet with and solicit new investors.

Among the Rochester area victims of the Ponzi scheme were the following:

Parris and Santillo controlled hundreds of different business bank accounts opened under numerous different business names at various financial institutions, including but not limited to Bank of America, Citizens Bank, Genesee Regional Bank and ESL Federal Credit Union. Santillo and Parris directed and authorized the transactions that occurred in the accounts, including deposits, withdrawals, check writing and funds transfers. The various bank accounts were used to transfer money from one account to another. Incoming investor money was routinely transferred through several accounts before the funds were finally spent on whatever purpose Parris and/or Santillo authorized. By moving investors’ funds through various accounts in various entity names, Parris and Santillo were able to conceal and obscure the fact that new investor money was being used to repay earlier investors, finance the operations of the Ponzi scheme, and fund their lifestyles.

Santillo was previously convicted and is awaiting sentencing.

Parris also pleaded guilty in a case originally charged in the U.S. District Court for the District of Columbia to defrauding the U.S. Department of Veterans’ Affairs (VA), as well as at least eight other victim companies, in a scheme involving personal protection equipment (PPE). Between February and April 10, 2020, the defendant, as the owner and operator of Encore Health Group, a company based in Atlanta, that purported to broker medical equipment, offered to sell scarce PPE, including 3M-brand N95 respirator masks, to various medical supply companies and governmental entities. In these proposals, Parris knowingly misrepresented his access to, and ability to obtain and deliver on time, vast quantities of 3M N95 masks and other PPE. The defendant falsely represented that he was able to obtain 3M N95 masks directly from authorized sources in the United States, when in fact, he had no ready access to 3M factories or 3M N95 masks or other PPE, no proven source of supply, and no track record of procuring and delivering such items.

For example, in March 2021, Parris offered to sell the VA 125 million 3M N95 masks at a cost of $6.45 per mask. In this process, the defendant attempted to obtain an upfront payment of $3.075 million from the VA, even though he knew at the time that he had no access to the promised masks or present ability to deliver the promised masks.

As part of his guilty plea, Parris admitted that, in addition to attempting to defraud the VA, he actually obtained upfront payments totaling approximately $7.4 million from at least eight clients for 3M N95 masks that he knew he had no access to or present ability to obtain or deliver on time. Parris also admitted that the proceeds of the scheme totaled approximately $6,218,525. In total, Parris sought orders in excess of $65 million for the non-existent PPE equipment.

On May 17, the Attorney General established the COVID-19 Fraud Enforcement Task Force to marshal the resources of the Department of Justice in partnership with agencies across government to enhance efforts to combat and prevent pandemic-related fraud. The Task Force bolsters efforts to investigate and prosecute the most culpable domestic and international criminal actors and assists agencies tasked with administering relief programs to prevent fraud by, among other methods, augmenting and incorporating existing coordination mechanisms, identifying resources and techniques to uncover fraudulent actors and their schemes, and sharing and harnessing information and insights gained from prior enforcement efforts. For more information on the department’s response to the pandemic, please visit https://www.justice.gov/coronavirus.

Anyone with information about allegations of fraud related to COVID-19 can report it by calling the Department of Justice’s National Center for Disaster Fraud Hotline at 866-720-5721 or via the NCDF Web Complaint Form at: https://www.justice.gov/disaster-fraud/ncdf-disaster-complaint-form.