The GBI is investigating a shooting incident that occurred Sunday in a Forsyth/Monroe County Walmart that left a teenager dead.

The Forsyth Police Department asked the GBI to investigate the incident on Sunday, January 2, 2022, at around 6:30 p.m.

At 6:12 p.m., the Monroe County Sheriff’s Office 911 Center received a call from a person inside Walmart indicating that someone was firing shots inside the store. Monroe County deputies and Forsyth Police officers responded to the scene. The preliminary investigation shows that Tarmaine Jontavion Bowden, age 17, of Forsyth, shot and killed Cedric James Mayes, age 17, of Forsyth.  Bowden is in police custody awaiting charges. 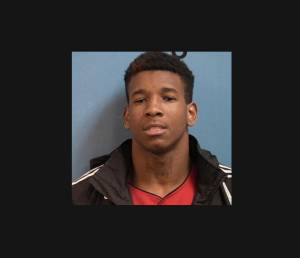 Cedric Mayes will be taken to the GBI Crime Lab for an autopsy.

The GBI investigation is active and ongoing.  Anyone with information can provide anonymous tips by calling 1-800-597-TIPS(8477), online at https://gbi.georgia.gov/submit-tips-online, or by downloading the See Something, Send Something mobile app.

On January 2, 2022, Monroe County Sheriff Deputies and Forsyth Police Department Officers responded to the Forsyth Walmart in reference to a shooting. 17 year old Tarmaine Jontavion (TJ) Bowden and 17 year old Cedric Mayes began arguing in the produce section. The argument continued into the frozen food section. TJ Bowden then pulled out a pistol and shot Cedric Mayes several times. Cedric Mayes was pronounced deceased on scene and TJ Bowden was taken into custody by the Monroe County Sheriff’s Office. There are no other shooters at large. The Forsyth Police Department will be turning the investigation over to the Georgia Bureau of Investigations.