“The indictment alleges that Gaines stole client money that should have been held in escrow, and then lied about the theft in an attempt to lull her victims into a false sense of security.” 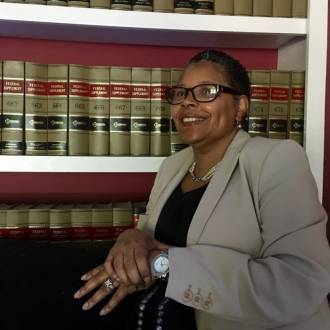 Carla B. Gaines, an attorney formerly licensed in Georgia, has been arraigned on charges of wire fraud and theft from a local government that receives federal funding.

“Attorneys who allegedly lie and steal abuse the trust owed to their clients and violate the law,” said U.S. Attorney Byung J. “BJay” Pak.  “The indictment alleges that Gaines stole client money that should have been held in escrow, and then lied about the theft in an attempt to lull her victims into a false sense of security.”

According to U.S. Attorney Pak, the charges, and other information presented in court:  Carla B. Gaines was an attorney licensed in Georgia until she was disbarred on November 18, 2019.  From August 2014 through March 2016, she allegedly stole $337,400 that she had received from the Clayton County government to hold in escrow for payment to a Georgia business, Kelete, Inc., located in College Park, Georgia.  After the theft, Gaines allegedly lied to Clayton County and Kelete to convince them that she still had the money and payment was on the way.

In 2014, Clayton County entered into an agreement with Kelete for Kelete to sell a right of way or easement through Kelete’s property to the County, for $712,400.  Gaines was retained to serve as the escrow agent for this real estate transaction.  Clayton County transferred $712,400 to Gaines for her to hold in escrow and complete the transaction.

In November 2015, Clayton County and Kelete closed the real estate deal.  Gaines paid $375,000 to Kelete and its bank at the time of closing.  Under the settlement agreement, Gaines was required to hold the remaining $337,400 in escrow until Kelete removed certain trade fixtures and improvements on the property.  In March 2016, Kelete completed the removal and requested the remaining payment of $337,400.  But Gaines never paid, despite repeated demands.  Instead of holding the $337,400 in escrow as required, Gaines had diverted the funds to pay for personal and law firm expenses.

Beginning in March 2016, when payment was demanded, Gaines repeatedly made false representations to Clayton County and Kelete about whether she had the money and whether payment was on the way.  For example, Gaines falsely claimed that the wire was “pending,” that the wire was “stuck,” that she had a check ready for Kelete, that she was “awaiting a call from the bank,” that “the bank was holding the wire,” that she had “straightened out the issue,” and that the “wire should be processed Monday.”  These representations were false.  No wires were stuck, pending, held, or on their way; and no check was ready.  Gaines had far less than $337,400 in her bank accounts at the time she made these misrepresentations.

Kelete sued Gaines to recover the $337,400 it was owed.  As part of that civil proceeding, Gaines testified in two depositions, in March 2017 and June 2018, and allegedly lied.  Gaines testified that she had paid a portion of Kelete’s funds to another client, a pastor, in error.  Gaines also testified that she had called the pastor and informed him of the mistake, and that he had promised repeatedly to pay the money back to Gaines.  These representations were false.

Carla B. Gaines, 60, of Mableton, Georgia, was indicted by a federal grand jury on December 10, 2019.  Members of the public are reminded that the indictment only contains charges.  The defendant is presumed innocent of the charges and it will be the government’s burden to prove the defendant’s guilt beyond a reasonable doubt at trial.

The Federal Bureau of Investigation is investigating this case.