Martin Fox, the former president of a private tennis academy in Texas, will plead guilty in connection with his involvement in a scheme to use bribery to facilitate the admission of applicants to selective colleges and universities. 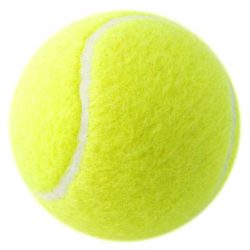 Martin Fox, the former president of a private tennis academy in Texas, will plead guilty in connection with his involvement in a scheme to use bribery to facilitate the admission of applicants to selective colleges and universities.

Fox, 62, of Houston, Texas, will plead guilty to one count of conspiracy to commit racketeering. A plea hearing has not yet been scheduled by the Court. According to the terms of the plea agreement, the government will recommend a sentence at the low end of the sentencing guidelines, one year of supervised release, a fine and restitution.

In 2015, Fox introduced co-conspirator William “Rick” Singer to a tennis coach at the University of Texas (U-Texas), who facilitated the admission of a student to U-Texas as a purported athletic recruit in exchange for a bribe. In return for assisting with the bribe transaction, Singer paid Fox $100,000. Fox arranged additional similar bribes, on two occasions, with a varsity sports coach at the University of San Diego (USD). Specifically, in exchange for a bribe paid through Fox, the USD coach designated the son of one of Singer’s clients, who did not play the sport, as an athletic recruit for the team, thereby facilitating his admission to USD. Singer paid Fox $100,000 for arranging the bribe. In 2017, in exchange for the promise of another bribe, the varsity coach designated another student as a recruit to manage the coach’s team, thereby facilitating her admission to USD. Although the student ultimately decided not to attend USD, Singer paid the varsity coach $10,000 for his help.

The charge of racketeering conspiracy provides for a sentence of up to 20 years in prison, three years of supervised release, a fine of $250,000 or twice the gross gain or loss, whichever is greater and restitution. Sentences are imposed by a federal district court judge based upon the U.S. Sentencing Guidelines and other statutory factors.