The FBI said, “By continuing to break the law while incarcerated, Wilson has not learned from his past transgressions.” 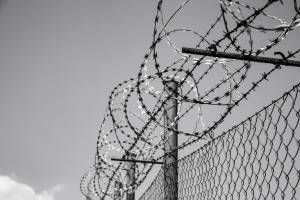 Brian J. Wilson, an inmate at the United States Penitentiary in Atlanta (“USP Atlanta”) has been sentenced to an additional three months in prison for using a contraband cell phone to post photographs and videos onto Facebook from his cell at the prison.

“Contraband cell phones are pervasive in prisons and dangerous in the hands of inmates in any prison facility,” said U.S. Attorney Byung J. “BJay” Pak.  “Cell phones can, and often do, become a tool used by inmates to run illicit schemes, intimidate people outside of the facility, or as in this case, simply flaunt that they have one.  The federal government will continue to combat their use through vigorous prosecutions and the imposition of consecutive prison sentences.”

“By continuing to break the law while incarcerated, Wilson has not learned from his past transgressions,” said Chris Hacker, Special Agent in Charge of FBI Atlanta. “The FBI is using every resource possible to stop the proliferation of contraband cell phones in our prisons and hopefully this additional sentence will send a clear message that their use will not be tolerated.”

According to U.S. Attorney Pak, the charges, and other information presented in court; USP Atlanta is a medium-security federal prison for male inmates operated by the Federal Bureau of Prisons. The Cell Phone Contraband Act of 2010 made it a crime for federal inmates to possess or use cell phones while incarcerated.

On March 24, 2015, Wilson was sentenced to ten years in prison after sustaining a conviction for possession of a stolen firearm. Since approximately May 3, 2018, Wilson has been an inmate at USP Atlanta.

As an inmate, Wilson possessed a cell phone in USP Atlanta. Between late-May and July 2019, Wilson used his cell phone to post images to and to live stream content onto the social media platform Facebook from his prison cell. In fact, Wilson posted a “selfie” photograph onto his Facebook account of himself holding a cell phone while in his prison cell.  Ironically, in a live stream video, Wilson warned people that federal cases have significant prison sentences, lamenting that “federal law ain’t playing” because “the United States will lock you … up” if you are convicted of a federal crime.

Prior to his guilty plea, Wilson was scheduled to be released from custody in the fall of 2022.  Under federal law, however, inmates convicted of possessing contraband in prison must receive consecutive (or additional) prison time after their original sentence is completed.

On November 21, 2019, Brian J. Wilson, 32, of Atlanta, Georgia, pleaded guilty to possessing a contraband cell phone in prison. Based on the plea, the Court sentenced Wilson to an additional three months in prison.

The FBI and the Bureau of Prisons investigated this case.