“This defendant acted brazenly, continuing to push more and more methamphetamine into our communities even after his first arrest. Criminal drug dealers face severe punishment in the federal system, including life without parole,” said U.S. Attorney Charlie Peeler. 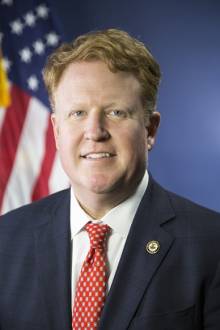 A Moultrie, Georgia drug dealer repeatedly caught in possession of large quantities of methamphetamine with intent to distribute the drugs was found guilty of his crimes, according to Charlie Peeler, the U.S. Attorney for the Middle District of Georgia.

U.S. District Judge Louis Sands pronounced Samuel Howard, 26, of Moultrie, guilty of two counts of possession with intent to distribute methamphetamine. Howard chose a bench trial before Judge Sands, which was held on September 23-24, 2019. Judge Sands rendered his verdict late last week. Howard faces a mandatory minimum ten years in federal prison, up to a maximum life imprisonment. Howard’s sentencing has not been scheduled. There is no parole in the federal system.

“This defendant acted brazenly, continuing to push more and more methamphetamine into our communities even after his first arrest. Criminal drug dealers face severe punishment in the federal system, including life without parole,” said U.S. Attorney Charlie Peeler. “I want to thank the DEA, the GBI and the Thomas County-Thomasville Narcotics Unit for their excellent work in this case.”

“The severe punishment this defendant will face correctly reflects the criminal activities he engaged in. He continuously poisoned the community with “Ice” methamphetamine despite having been arrested previously for “Ice” distribution. The guilty verdict removes yet another dangerous criminal from our streets and sends a clear message to others who may choose to distribute this insidious drug,” said Robert J. Murphy, the Special Agent in Charge of the DEA Atlanta Field Division. “DEA, its law enforcement partners and the United States Attorney’s Office will relentlessly pursue and ultimately prosecute criminals like Mr. Howard.”

This case was investigated by the Drug Enforcement Administration (DEA), the Georgia Bureau of Investigation (GBI) and the Thomas County-Thomasville Narcotics Unit. Assistant U.S. Attorney Leah McEwen is prosecuting the case for the Government.

Ep. 135: The Travesty of an Official Record