Over the course of his scheme, Smith attempted to defraud these companies of nearly $1.2 million in diamonds and jewelry and successfully obtained nearly $570,000 in merchandise. 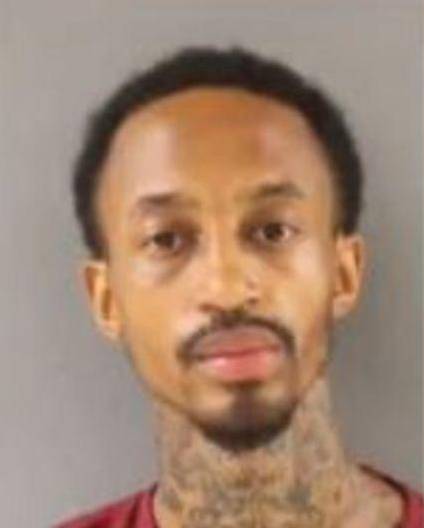 Cory Smith has been sentenced for defrauding more than a dozen diamond and jewelry dealers and wholesalers nationwide. Over the course of his scheme, Smith attempted to defraud these companies of nearly $1.2 million in diamonds and jewelry and successfully obtained nearly $570,000 in merchandise.

“Smith repeatedly exploited the trust of diamond and jewelry dealers to defraud them,” said U.S. Attorney Byung J. “BJay” Pak. “Identifying Smith took the collective effort and cooperation of the victim retailers and wholesalers, commercial shippers, and local and federal law enforcement, and I commend their work.”

“A lot of hard working citizens were victimized by Smith in his elaborate scheme that cost them over a million dollars,” said Special Agent in Charge of FBI Atlanta Chris Hacker. “His sentencing should serve as a warning that no matter how elaborate a scheme, investigating FBI agents are determined to protect American citizens against such crimes.”

According to U.S. Attorney Pak, the charges and other information presented in court: Beginning by November 2016 and continuing until September 2018, Smith and others conspired to defraud diamond and jewelry retailers and wholesalers by taking advantage of the fact that many transactions in the industry are done by “memo financing.”

Memo financing is a type of consignment arrangement under which diamond or jewelry dealers will borrow diamonds or jewelry from a supplier (typically another dealer or wholesaler) and will pay for the merchandise only after they are sold (or otherwise return the items unsold). The use of memo financing is widespread in the diamond and jewelry industry and has been used for generations. In order to minimize the risk associated with memo financing, diamond and jewelry dealers will often only deal with well-established diamond/jewelry buyers with whom they have previously conducted business. After the transaction is arranged, the merchandise is usually transported via UPS, FedEx, or another common commercial interstate carrier.

Smith took advantage of this “memo financing” system by contacting jewelry and diamond suppliers across the United States and falsely representing that he was employed or affiliated with a well-known or established diamond or jewelry dealer. Smith would then direct that the merchandise in question be sent to an actual jewelry store in Georgia or elsewhere and typically provide the actual address of the detailer/retailer he was falsely purporting to represent. After receiving the tracking information for a particular shipment, Smith would then contact the shipper (i.e., UPS, FedEx) and have the shipment re-routed to a residential address or a FedEx or UPS facility or retail store near where the actual diamond/jewelry dealer he was falsely purporting to represent was located. Smith would thereafter arrange to have “runners” pick-up the shipment from the FedEx or UPS location or residential address. Smith facilitated this process by making travel arrangements for the runners to travel from Atlanta to out-of-state locations, including North Carolina, Oklahoma, South Carolina, Tennessee, and Virginia, to pick up the packages containing the diamonds/jewelry. Over the course of the nearly two-year scheme, Smith defrauded more than a dozen diamond and jewelry wholesalers and retailers nationwide.

Cory Smith, 32, of Atlanta, Georgia, was sentenced to seven years, eight months in prison to be followed by three years of supervised release, and ordered to pay restitution in the amount of $567,669.70. Smith was convicted of interstate transportation of stolen property on May 13, 2019, after he pleaded guilty.

The Federal Bureau of Investigation investigated this case, with assistance from the Knox County, Tennessee Sheriff’s Office.