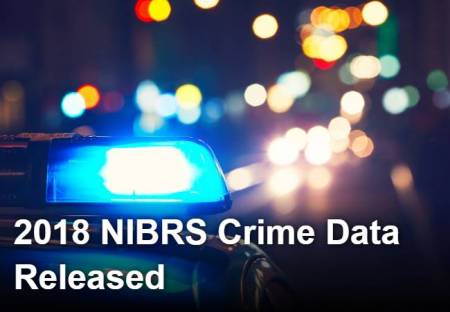 The FBI released detailed data on nearly 6.6 million criminal offenses reported via the National Incident-Based Reporting System (NIBRS) in 2018. The Uniform Crime Reporting (UCR) Program’s latest report, NIBRS, 2018, presents data about victims, known offenders, and relationships for offenses reported in 52 categories. In addition, the report provides information on arrests for those crimes as well as 10 additional categories for which only arrest data is collected.

Victim types, collected for all reported NIBRS offenses, include individuals, businesses, institutions, or society as a whole. For 2018, the data regarding victims who were individuals revealed the following:

In 2018, law enforcement identified and reported information on 5,652,156 known offenders, meaning some aspect of the suspect—such as age, gender, or race—was known.

Concerning the relationship of victims to known offenders, there were 1,593,326 victims of crimes against persons (e.g., murders, sex offenses, assault offenses) and robbery offenses from the crimes against property category.

The interactive NIBRS map on the home page of NIBRS, 2018 provides agency-level data. In addition, state offense tables present statistics for each agency that reported 12 months of NIBRS data in 2018.